Arthur was the first non-works player to join the Boatmen in 1962, three years after they had re-formed as Vosper Thornycroft FC and joined the Southampton Junior League. He played as a goalkeeper until he was 30 before serving as the secretary for 37 years and later becoming Vice President.

Below are just some of the many tributes paid to Arthur Fox, including a video, with the memories of Bill Boyle, Dave Diaper & Trevor Lewis

Dave Diaper : "Arthur will be sorely missed. He lived and breathed football and Sholing FC and was a true gentleman and nice all round guy. He took his football very seriously but at the end of the day he always had a smile on his face. Nowadays, many people move around different clubs but it is a testament to his loyalty that he stayed at Sholing.  He was one of the main reasons I took the job there and he was a pleasure to be a friend. I’m just glad that he was able to see the Wembley game in his lifetime. My thoughts are with his family."

Greg Dickson : "Arthur Fox a true gent and legend within the local non-league family. Having known Arthur for 40 years he was the true meaning of a club volunteer & not many people will follow in his footsteps. Every club needs an Arthur Fox, ironically since he stepped down as Secretary the club has had two Secretaries just showing what a difficult job & legacy it is to follow. Hopefully at Sholing FC we can do you proud. You will also be missed within the Woolston community, regularly seen on your walkabouts. Everyone is so pleased you got your three wishes... Your winning day out at Wembley, Your Golden Wedding Anniversary & your 75th birthday good night. RIP"

Gerry Roberts : "RIP Arthur. I was very happy to stand beside Arthur in the Royal box at Wembley in May. He was so very proud to be watching his beloved Vospers/Sholing on the biggest day in the clubs history.  True Gentleman & club legend." 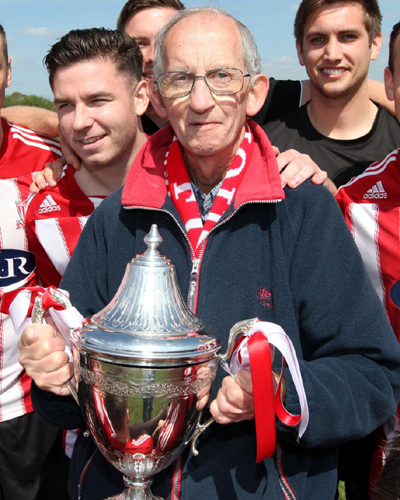 James Thomson : "R.I.P Arthur fox. As an ex-player I' d like to say he will stick long in my memory. A fantastic guy who had time for anyone, he knew his football and will be sadly missed. Very supportive great man"

Bill Beaney : "I've known Arthur for over 40 years, a true Vospers/Sholing fc stalwart and legend. I don`t think you can put into words how valuable and the contribution Arthur had put into our club R.I.P. A great loss of a good friend xx"

Carly Kinsey :  "A wonderful gentleman and I was privileged to know him, My thoughts are with his family at this sad time xxxx"

Carol Carter : "I have known Arthur since I started work at Southampton City Council, he was great to work with and in recent years it was lovely to see him at football and also when everyone from rent accounts used to meet up. RIP Arthur you will be missed by so many people , my thoughts are with your family at this sad time"

Kevin Brewster : "Great man and Sholing legend. Will be sadly missed by all players both current and past...RIP Arthur xx"

Andy Spreadbury : "Deepest sympathy to Arthur's family and friends. Arthur was a gentleman, scholar and a credit to the game. Had the honour of meeting him several times, such a superb servant to the game"

Ian Saunders : "Condolences from all at Petersfield Town. RIP Arthur"

Andy Tipp : "RIP Arthur from all at Totton & Eling F.C true gent and legend at Sholing"

Mick Geddes : "RIP Arthur from all at Eastleigh FC. A sad loss"

Martin Tongs : "RIP Arthur a true gent who made me and my lads feel welcome from the 1st day we joined VT. End of an era god bless"

Paul Lewis : "Really sad to hear about Arthur, he was a lovely guy & true gent. He will be missed by all those that have played for Sholing FC & Vospers over the years" 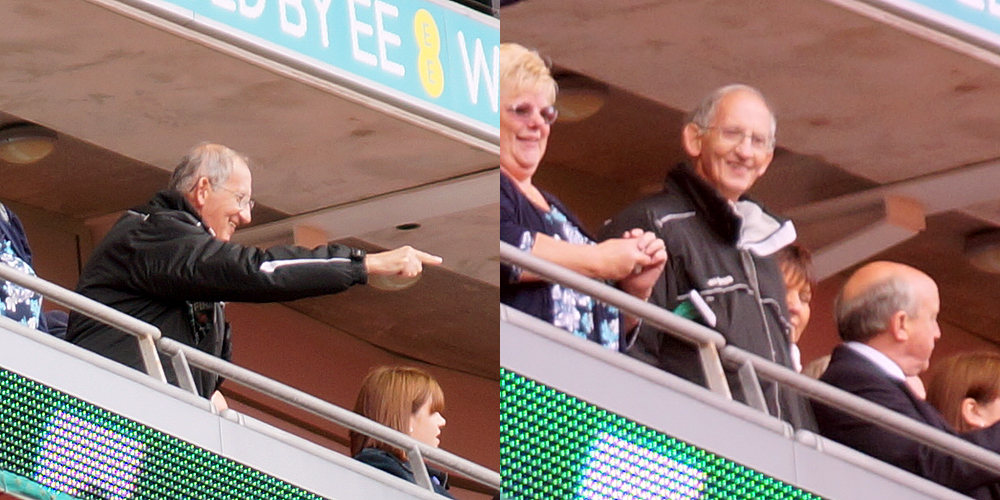 Roy Kingdom : "What a shame, a club stalwart such a very rare thing these days. I always enjoyed a natter with him and he will be sadly missed RIP Arthur"

Byng Lewis : "Great man, looked after me well in my playing days with Vospers. RIP"

Colin Chamberlain : "Very lovely man, football mad, we will miss him at Sholing FC. Thinking of his family at this sad time. Great to see him at the clubs greatest moment at Wembley in May RIP Arthur"

Sean New : "Fantastic guy and a true gentleman. Always had something pleasant to say. RIP Arfs"

Wayne Mew : "R.I.P Arthur it was a pleasure to have known you and you were the reason so many people got involved in the game"

Fleet Town FC : "Very sorry to hear of your loss. Characters like that are absolute diamonds and priceless to a club. Best wishes to all knew him"

Jon Feese : "Arthur used to take me and my then best mate Debbie Fox [his daughter] to the Vospers home games at weekends when we were 10 years old I will always remember the respect he held at the club and his love of football.... a true gent and I feel honoured to have known him. thinking of Valerie , Debbie and Derek at this sad time"

Bruce Scammell, Vice chairman & Life Vice President at Hamworthy United FC :  "I was so sad to hear today of the passing of a very special football man. I first meet Arthur when Hamworthy United came into the Wessex league 10 years ago. At both home & away games, Arthur was always very friendly, cheerful & pleasant to me and our club whenever we met up. When I think of Sholing, I will always remember Arthur, a true gentleman. Gone but never forgotten, rest in peace."

Kevin Harnett : "Arthur was "Old School" and more honest guy you could not wish to meet. Many people have already said he was a "True Gent" words which are easy to say sometimes but in this case are very apt. Arthur always had an opinion when it came to football and more often than not hit the nail on the head, he would never force his opinion on anybody but because of his knowledge and years in the game you would be a fool not to listen. Arthur had no side to him, was always available for advice and I don't know anybody who has said a bad word against him. He will be sorely missed R.I.P."

Richard Paine : "I had the pleasure of knowing Arthur for 20 years. A huge loss to Sholing FC and everyone who knew him. My heart goes out to your family. You can now watch all the games up there with whippy. R.I.P Arthur"

John Benfield President Hampshire FA: “I was so sorry to hear of Arthurs passing, and would ask that you forward my condolences to his family. I would also like to extend those sentiments to you all at Sholing FC, as I know how much Arthur meant to all of you. I have known him for 40 years or more, and can only say that from my own personal point of view, he was an absolute gentleman, and was a great servant to football in our area. He will be sadly missed “

Hazel Andrews : "that is so sad, Hazel x"

Terry Windibank : "my personal condolences and that of the S.D.F.A. at Sholing's sad loss with the passing of Arthur. What a lovely man!"

John Stonehouse : "I am very sorry to hear of the passing of Arthur at the weekend, he will be missed by many. It was always a warm greeting from him when I was at Portsmouth Road to referee back in the Vosper days. Arthur was a club stalwart; I was pleased that I was able to chat to him at the Southampton Senior Cup Final this year, when he informed me of his illness, which took me by surprise, as I had no idea at the time."

Bill Reid : "So sorry to hear about Arthur I had known him since I was Secretary at Braishfield in the late 1980's & early 1990's. Condolences from all at Poole Town."

John Gorman : "The Sydenhams Football League (Wessex) is very sad to hear of the passing of Arthur Fox. Arthur was known to most of us as a friendly and welcoming presence at his beloved Sholing and always had time for a word with everybody and will be missed by all. Our condolences go to his family, his friends and all his colleagues at Sholing."

Steve Brookwell : "So sad I had the pleasure of working with Arthur in my many happy years spent at Vospers he will be a big loss to the game. From Steve Brookwell and all at AFC Totton"

If you would like to add your own tribute to Arthur, please email it to admin@sholingfc.com  or in person to Dave Diaper, Trevor Lewis, Greg Dickson or any of the Sholing FC staff & players