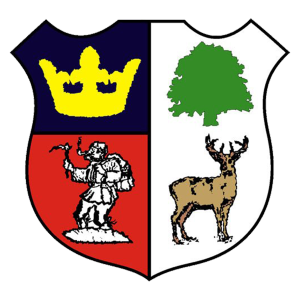 The bad run continued and the worst performance for some time as the Boatmen lost at home to Paulton.  The visitors were streets ahead of Sholing in effort, quality of football and confidence and rightly took home the points and probably should have handed us a thrashing considering the chances they had - Match Report

Boatmen narrowly lost an entertaining game, but it sadly makes it 6 games without a win. Sholing twice came from behind in an end to end first half, Conor Whiteley scoring a classy finish, but then missing a much easier chance, before Dan Mason equalised again for the Boatmen in added time.  The injury jinx struck again, with Miller & Marv both going off and the home side took advantage, scoring the eventual winner and also missing a penalty - Match Report

Boatmen lost in the Southern League cup to AFC Totton, although the scoreline flattered the visitors somewhat.  An even first half ended without a goal, but on 55 mins, Luke Deacon was dispossessed to gift the visitors the lead.  Sholing equalised on 65 mins, when Conor Whiteley pounced upon a poor clearance, but the Boatmen, who were without 6 first team regulars, shot themselves in the foot by concedeing straight from the restart, although it was a good finish.  A strange decision by the ref to award Totton a freekick saw them score a 3rd and another clinical finish on 86 mins, gave the Stags their fourth - Match Report

Boatmen went out of the FA Trophy on penalties after another frustrating match.  A woeful first half by Sholing, saw them concede after 23 mins and we could count ourselves fortunate not to be further behind at the break.  Things didn't improve much second half, until changes were made after the hour mark and finally in the last 20 mins, we started to create chances.  Home keeper made two good saves before on 85 mins, Claudio Herbert hit a 22 yard freekick off the underside of the bar and the ball bounced down over the line.  Then the big moment of the match, with the Thatcham keeper beaten, a shot was saved by a defender almost on the line and clearly with the aid of his hands. Ref said no and in the aftermath, Greener received a red card.  The game went straight to penalties, despite Gosney saving one and thumping in his own spot kick, the last 3 Sholing pens were either missed or saved - Match Report

Boatmen exited the FA Cup with a whimper after a disappointing performance.  A good start by Sholing didn't get a breakthrough and after we gifted possession, Bedfont scored with their first attack on 24 mins.  Our best move of the game saw Marv cut the ball back to Brad Targett to equalise right on half time.  Would have expected Sholing to come out blazing for the second half, but it was the visitors who went back in front on 49 mins and the Boatmen looked bereft of ideas for much of the second half.  Visitors should have scored a couple more times and were almost made to pay when finally Sholing worked the keeper deep into added time, but he pulled off a good save and it was enough to send them through and leave Dave Diaper scratching his head as to why his team were a pale shadow of their usual selves - Match Report

Boatmen mounted an incredible comeback from 3-0 down at half time to force a FA Cup replay with an added time equaliser and then very nearly won it !  A nightmare first half for Sholing saw the home side swamp the Boatmen midfield and finish the majority of their chances with aplomb. Sholing just had a freekick from Joe Adams that hit the post.  Dave Diaper changed the formation for the 2nd half and we should have had a penalty straight away, but on 55 mins, Stu Green flicked in a header from a corner to get the comeback underway.  On 70 mins, Rob Nicholls cross to the back post was met with a thumping header by Brad Targett.  Greener then went so close with a diving header as Sholing piled on the pressure.  Then in stoppage time, Marv's cross from the right was met first time by Stu Green to finish into the corner & prompt wild celebrations!  Incredibly, with the last kick of the game, Claudio then hit the post - Match Report