Sholing slipped to their first home defeat in 8 games in a game dominated by Refreeing decisions.  The Boatmen will feel they were on the wrong side of most of the major talking points in the game, but also missed chances to come away with at least a point in a scrappy match.

Off the pitch, it was an exciting day as Saints legend & ex-England International, James Beattie, cut the ribbon to open the club's new facility, which will be called "The Imperial Club" 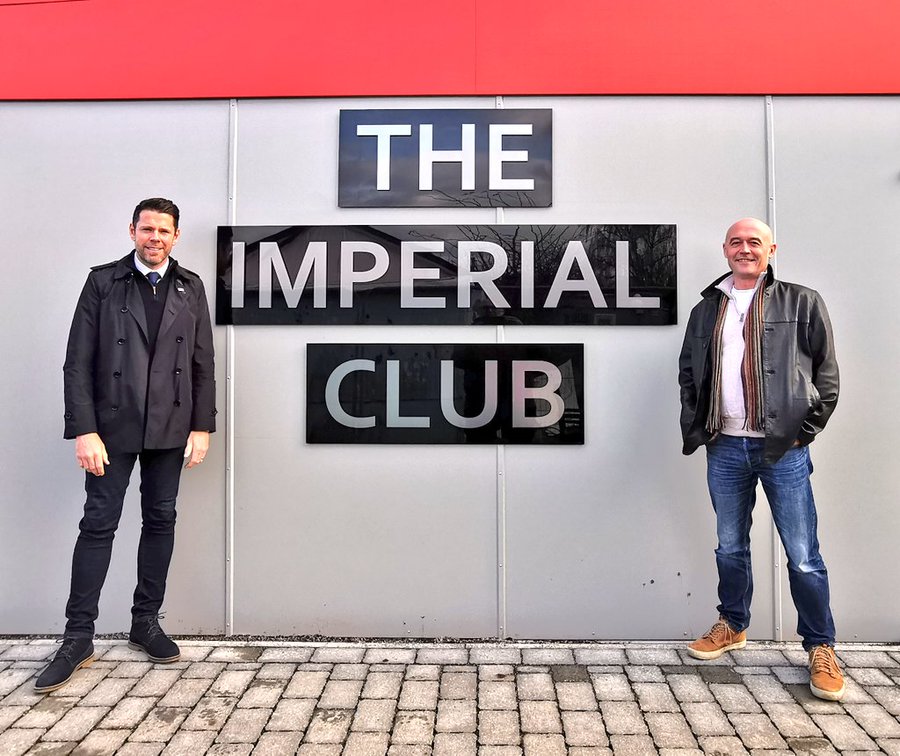 Team News : Byron Mason, TJ Cuthbertson & Alex Sawyer took places on the bench, with all three nursing knocks. Dan Miller returned from illness to Captain the side, with Marv going to right back and Jake Hoole to left back.

Larkhall had the first chance, with their new signing Thomas Hillman, cutting inside and firing straight down the throat of Ryan Gosney from twenty-five yards out. Minutes later the Boatmen created their first opportunity in the 7th minute and took the lead in the process. A long ball forward saw a Larkhall defender misjudge it and only help his header into the path of BRAD TARGETT who advanced and calmly slotted home past the keeper from just inside the box.

In response the visitors started to push forward in search of an immediate equaliser, with Hillman firing wide and Evans shooting into the side netting with a free-kick from just outside the penalty area. However, their best chance of this period was created in the nineteenth minute when Charlie Wiles-Richards and Alexander Lambert linked up down the right with slick interplay, which created space for the striker to shoot tamely at Ryan Gosney.

Sholing should have doubled their advantage in the twenty-third minute when Marvin Mclean got free down the right and played an inch-perfect cross into Dan Mason. The striker inside the 6 yard box saw his first shot was well saved by Stuart Semmens, before his rebound on the floor was cleared off the line by a covering defender. The Boatmen were made to rue this missed opportunity as the visitors were awarded a penalty just a minute later.

Midfielder Dale Evans broke into the box and was halted by Owen Roundell. The referee deemed an illegal tackle and booked the Sholing defender after pointing to the spot with the home contingent furious at the decision. After a brief delay Larkhall’s Lewis Powell stepped up and fired firmly past the diving Ryan Gosney to bring the scores back to parity.  The game was getting more scrappy the longer it went, but Sholing thought they had a stonewall penalty on 42 mins. Dan Mason appeared to be hauled to the ground with the defender having a big chunk of his shirt, but the referee, who was quite a way from the incident, turned down the loud appeals to nearly everyone's astonishment.  HT: 1-1

Things didn’t start well for Sholing they conceded a goal straight from the restart.  Lambert wasn't closed down on the right and was able to float a cross towards an unmarked Thomas Hillman in the middle of the box to guide his header home.  It was the second time he had scored against Sholing this season after finding the net for Mangotsfield in August.

The remainder of the game saw all the focus on the Referee. There were fifty-fifty challenges that the referee deemed as fouls, leading to a range of flare-ups involving both sets of teams as frustration boiled over. Three players were booked within a minute, whilst Dan Mason was cautioned for winning the ball before a defender as it was about to go out of play. Then on 66 mins, D-Dan went into a 50/50 challenge with a Larkhall player on the edge of the box, with both making contact with each other at the same time.  The Ref blew for a foul and called Dan Miller over as Captain to seemingly give D-Dan a final warning. As the chat started, a Larkhall player added his two-penneth and the referee pulled a yellow and red and sent Mason off to utter bemusement and then anger from the Boatmen and supporters.

In the immediate aftermath of the red card, Larkhall attempted to kill off the contest with a potential third goal. Thomas Hillman and Jack Camm tried long range efforts that ultimately didn’t test the home keeper, before they were both booked for respective mistimed tackles in quick succession with around twenty minutes left on the clock.

Despite being down to 10 men and missing their leading scorer, Sholing did create three chances to grab at least an equaliser.  A ball lifted into the box to the advancing Stu Green saw the forward attempt to bring it down and be in on goal, but for once his touch was just too heavy.   Then Brad Targett cut the ball back from the right and fired it across the 6 yard box, but there was no one there to tap it in. Targett then had the best chance of all, in similar circumstances and position to his goal, this time he went with a volley as the ball dropped in front of him, but it went a yard over.  Only three minutes were added to the 90 and Larkhall happily went away with their first ever win over Sholing.  FT: 1-2 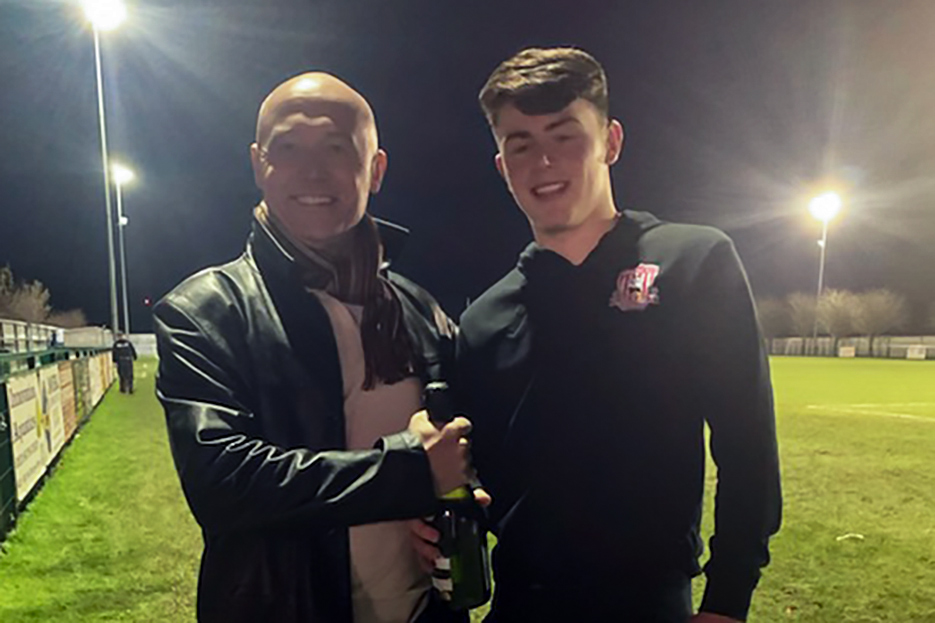