Was a mixed day for Sholing, a loss on the pitch, but a win off it.  On the pitch, the Boatmen were sadly, no match for National League South, Weymouth, who comfortably progressed into the next round of the FA Cup.  Off the pitch, it was our biggest crowd since 2014 and they were able to enjoy partial use of the new clubhouse after a lot of hard work to get it open.

Team News: Sholing fielded their most experienced side available, but still had four 18 year olds in the squad, two starting the game (Targett & Nicholas). Jake Hoole had to watch on, starting his first game of a three match ban. The visitors (currently 5th in the National League South) only made one change from their last league game (which they won 4-1 away) and everywhere you looked in the Weymouth side, there were players with football league and national league experience, or a loanee from AFC Bournemouth.  Safe to say, of all the teams from higher divisions we have faced in recent years, the "Terras" were the strongest.

Was a lovely warm sunny day as the big crowd watched on, probably half of which had travelled along the coast from Dorset.  The first action of the game saw the Weymouth keeper way out of his goal and unable to clear it properly, as the ball was collected by Brad Targett on the wing, but he didn't fancy a 40+yard shot towards the empty goal and instead tried to run down the wing where he was crowded out.  Jamie Bulpitt also did well early on to put pressure on the keeper and charge down a kick, but from that moment onwards, Weymouth took control.

The Terras took the lead on 15 minutes when some quick interplay freed Andy Robinson into the left side of the area and he stroked the ball past Gosney.  The visitors had further chances, with Zubar denied by a last ditch block, but on 24 minutes, they did double their lead.  It was a strange goal as a misshit shot went across Gos and appeared to be going out of play, but Odubade just managed to keep it in, squaring for Ben Thomson to tap into the empty net.  Boatmen appealed for both offside and the ball out of play, but the goal stood.

For Sholing, it was a frustrating first half where they appeared to give Weymouth too much respect, struggled to create chances and the couple of set pieces we did earn, the delivery was not up to it's usual standard.  HT 0-2

Weymouth could have had a third just after the restart when Baggie, who was a threat with his pace all game, broke through the middle, but with only the keeper to beat, Gosney did very well to spread himself to save.  There was the rare sight of a booking for Dan Miller, who was unlucky to get a yellow when the Weymouth player just appeared to kick the base of Dan's boot. The Boatmen started to finally get into the game after Dave Diaper put on Tobi Falodi and James Lauder.

On 64 mins, a freekick swung into the 6 yard box saw two Sholing players unmarked, but neither could get a clean connection and the ball was eventually hacked clear.   Dan Mason received some service into his feet on 69 minutes, with a typical quick turn and shot, but it went just over the bar.    Sholing's best move and chance came on 76 mins, when following some good play down the right, the ball was knocked into the path of James Lauder in space on the edge of the box. He struck his shot well, but straight at the keeper.  D-Dan had a similar effort to his earlier one, but went for power and blasted it wide of the near post, when perhaps a shot across the keeper was the better option.  On 80 mins, Youth team player, Sam Tonks came on for his debut, replacing Brad Targett.

Was a pity that Sholing couldn't have got a goal to see how Weymouth would have reacted to a bit of frantic late pressure.  As it was, the Terras remained comfortable and as the game died out went looking for a third, going close on three occasions, but in added time, they got their goal.  Brooks' shot was well saved by Ryan Gosney, but it fell kindly for Southampton born, Brett Williams, to knock into an unguarded net.  Scoreline was probably a bit harsh on Sholing, but there was no denying that Weymouth are a strong, experienced side with quality in all positions. Good luck to them in the next round of the FA Cup.  FT 0-3

Many thanks to all the Sholing volunteers, sponsors & suppliers for an immense amount of work to get the ground ready and clubhouse open for Saturday's game. 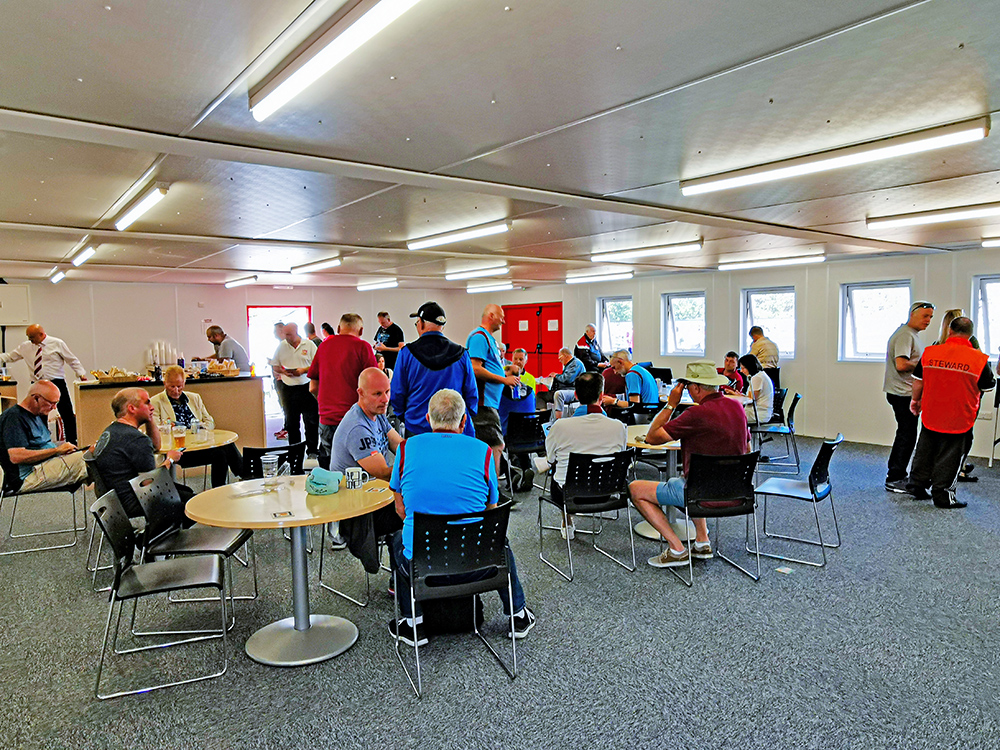