Man of the Match : TJ Cuthbertson

Sholing’s 2nd trip to Aldiss Park in 76 hours, following Saturday’s abandonment due to fog on 72 mins,had the added incentive of a home tie in the next round to Conference side Farnborough. As well as, the winners bagging £3,250 prize money. A Kevin Brewster free kick special and a rare Nick Watts header numbed the double trip of 406 miles and 15hrs for the reward of the home tie in the 3rd Qualifying Round on 29th November.

Dereham Town kicked off and very quickly established a passing game and inside the 1st minute had won a corner but Michael Clunan’s header was easily cleared by Sam Olaofe. A second corner was also easily cleared having been hit too long into the Sholing area. Again Michael Clunan was causing the Sholing defence some concern when he latched on to a through ball from skipper Olly Willis but was denied by Mike Byrne.

Sholing rode the early pressure from Dereham and with their first counter attack on five minutes a lively Sam Wilson was brought crashing to the ground by centre half Matt Howard. The ball was placed seven yards from the edge of the penalty area and as the referee move the Dereham wall inside the penalty area, KEVIN BREWSTER eyed up his central free kick. His dead ball kick was superbly curled around the wall past a despairing Andy Wilton in the Dereham net. Sholing should have double their lead two minutes later but a superb one handed save by Andrew Wilton denied Dan Mason after he picked up a weak header from Jay Eastoe-Smith.

The Magpies were certainly undone by Sholing’s early breakthrough and were failing to deal with Sam Wilson’s pace and the lively work in midfield from Alex Sawyer & Jack Smith was freeing up space for Nick Watts & Barry Mason to exploit the wings.

Sam Wilson’s corner seemed to have put the tie beyond Dereham when Alex Sawyer’s header found the back of the net, but strangely referee Phillips penalized Alex Sawyer and ruled out his goal. Saturday goalscorer Toby Hilliard put through Ryan Hawkins but his effort was saved by Matt Brown.

TJ Cuthbertson & Mike Byrne were suppressing the Dereham attack and frustrating their attempts on the Sholing goal however on 39 mins Sam Borrer found himself with Matt Brown to beat but his shot was well held by the Boatman’s Wembley hero. Then another chance to Dereham saw Ryan Hawkins hit his shot tamely wide. With the game drifting into stoppage time before half time a couple of incidents nearly turned the game sour when TJ Cuthbertson was fouled on half way and the referee, despite protests, played on before a Dereham player blasted the ball over the stand allowing TJ to receive much needed attention. TJ continued after treatment albeit gingerly. Then Alex Sawyer was cautioned for a foul with the crowd baying for the midfielder to be sent from the field of play. HT 0-1

The Magpies came out for the 2nd half with more confidence and immediately took the game to Sholing much like they did in the 1st half. Sam Borrer and Craig Bussens threatening Matt Brown’s goal. As Dereham pressed for an equaliser Sholing started to sit a bit deeper but like the 1st half TJ Cuthbertson (recovered from his injury) and Mike Byrne continued to squash the Dereham attack.

The Sholing management were continually directing their players not allowing the tempo off the game to drop. With Sholing’s 1st substitution imminent Alex Baldachinno warming up to replace Sam Wilson on 63 mins, Sam took the corner that put Sholing in the driving seat when he found NICK WATTS who found the back of the net with a rare header. Alex Baldachinno returned to the dug-out but four minutes later both teams made their 1st changes Baldachinno replacing a tiring Sam Wilson & Arron Kay on for Nicky Howell in the Dereham midfield.

On 70 mins the dreaded fog that forced Saturday’s abandonment return to the far corner of the pitch looking to help Dereham stay in the competition. However thankfully for Sholing it didn’t get as bad as it did Saturday. New arrival Aaron Kay saw his freekick easily saved by Matt Brown and another corner found Ryan Hawkins who hit his shot into the side netting.

Alex Baldachinno had a glorious chance to score when unmarked at the far post but shot over the bar from Dan Mason’s cross. Again the same combination saw Andrew Wilton keep the ball out saving at his near post.

With 12 mins remaining Dereham sent on Luke Bailey for Louis Bason then Sholing were forced to replace Dan Mason & Sam Olaofe on 83 & 84 mins Jude Nwachukwu came on for Dan Mason and Sam Olaofe unable to return to the field of play laid out prone on the far touch line was replaced by Lewis Fear. Sam continued to receive treatment from both Tasha Bowers & Martin Tongs until the end of the match were he returned to changing room on a stretcher.

The changes put Sholing in the driving seat and had numerous chances to add to their scoreline however wasted chances and a resilient Andrew Wilton in the Dereham kept the scoreline to two as well as the help of the crossbar denying a second goal for Nick Watts. The final whistle saw a sporting Dereham crowd applaud Sholing off the field. FT 0-2

View from the stands: The last three matches have seen a lot of positivity within the squad and the belief they can progress in the cups and improve their lowly league position. Once again the travelling supporters give the players a cutting edge away from home. The only worry is the number of injuries we are currently picking up regularly. However, with players waiting in the wings to step up to the plate these could be important to us with games now coming thick and fast. Saturday gives us a return to league action at home GET ALONG TO THE SILVERLAKE & SHOW YOUR SUPPORT COYB! 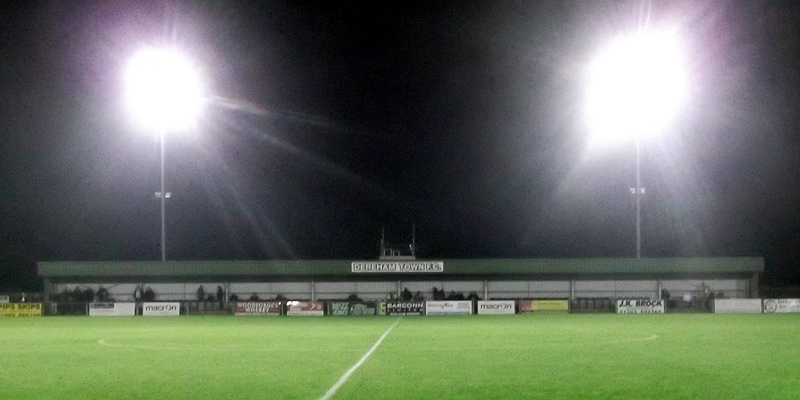 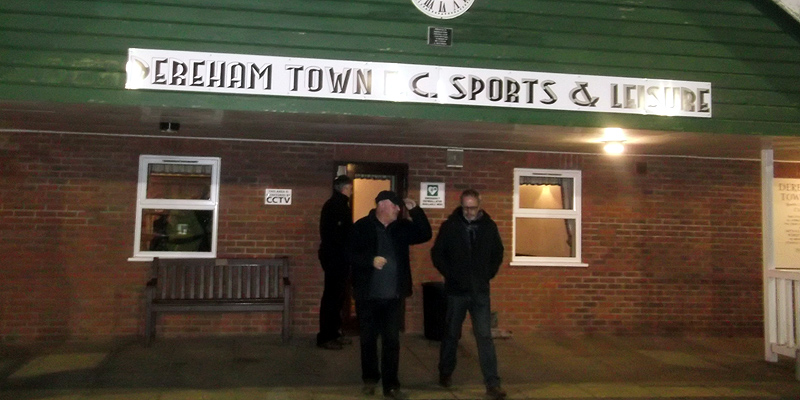 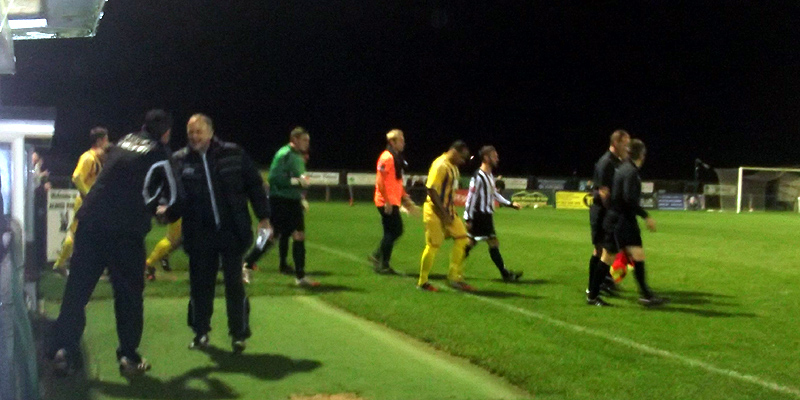 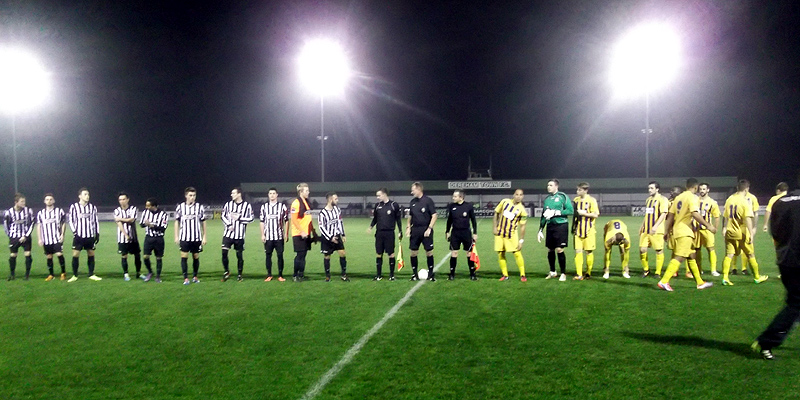 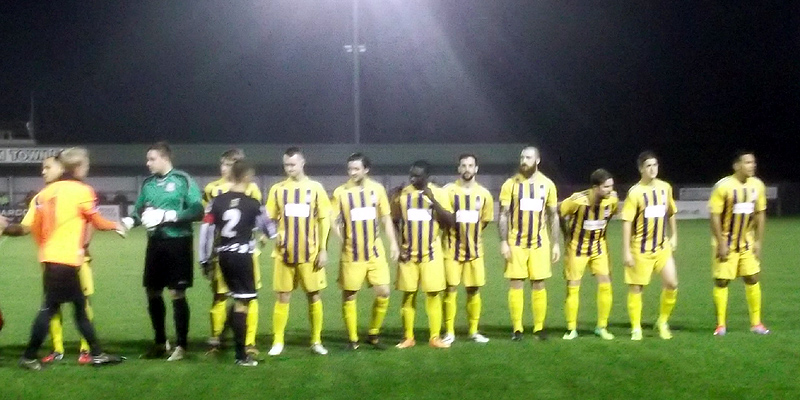 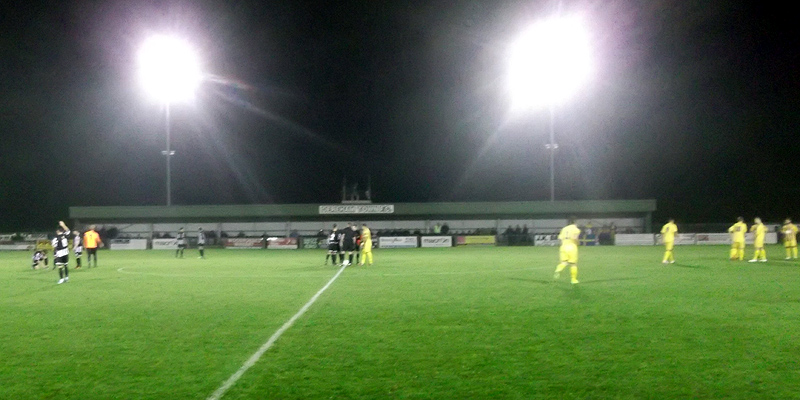