Huge congratulations to Sholing U13 Yellows and U11 Reds for lifting Cups at the weekend.  U13 Yellows won 4-1 v Whiteley to win the Hampshire Youth Cup, the highest achievement a team can win in this area and at their age group.  Also, well done to U11 Reds for winning the SYDL League cup with a 2-1 victory over Pace. 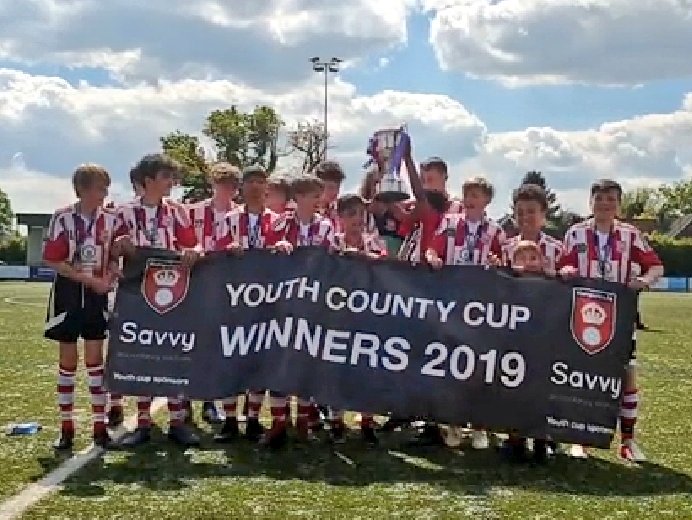 Sholing picked up 5 awards at the Sydenhams Wessex League end of season presentation evening. To go with our Sydenhams Wessex Premier League Title and Russell Cotes Cup win, the Boatmen also picked up the April Club of the Month award.  Also the April fair play award donated by MJM Sports and Kappa.  Sholing also swept the board on the Respect awards for the season, winning the MJM Sports/Kappa award, the Wessex League's own respect award and the special Alf Peckham Respect award.  The management & players made a concerted effort to improve discipline this season and it certainly paid off.  Much fewer suspensions and club and player fines, all helped towards a hugely successful season. 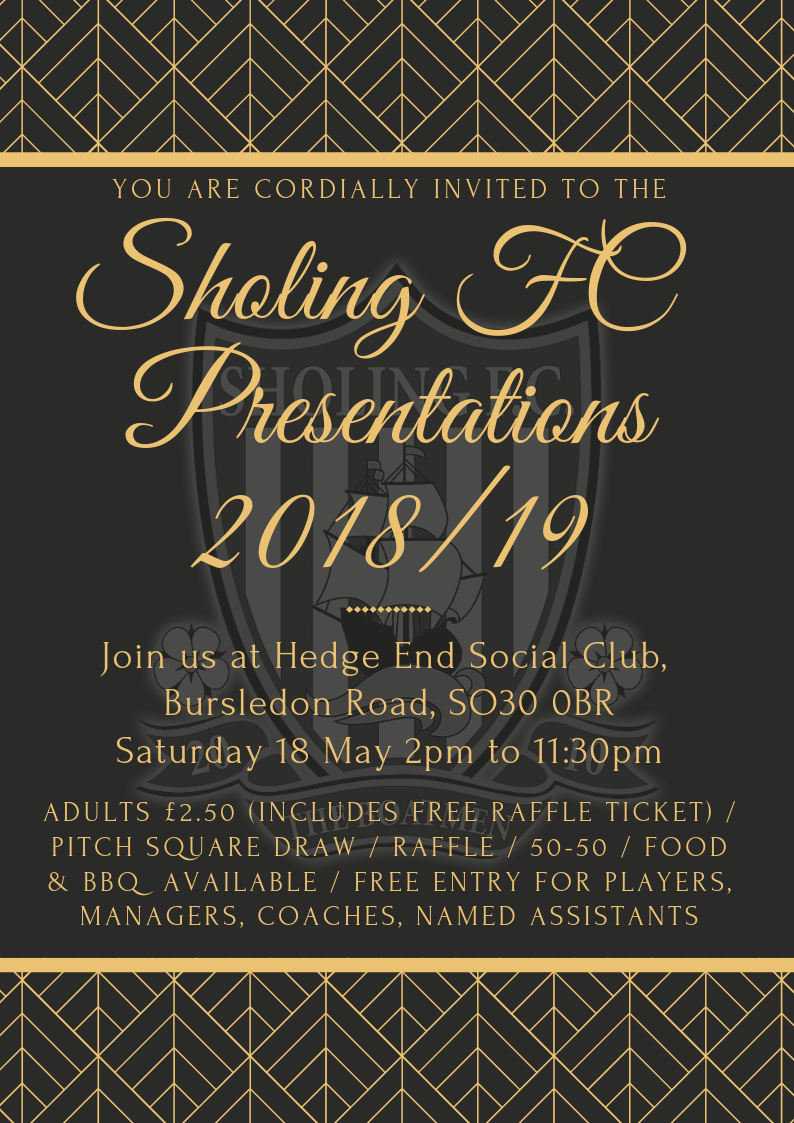 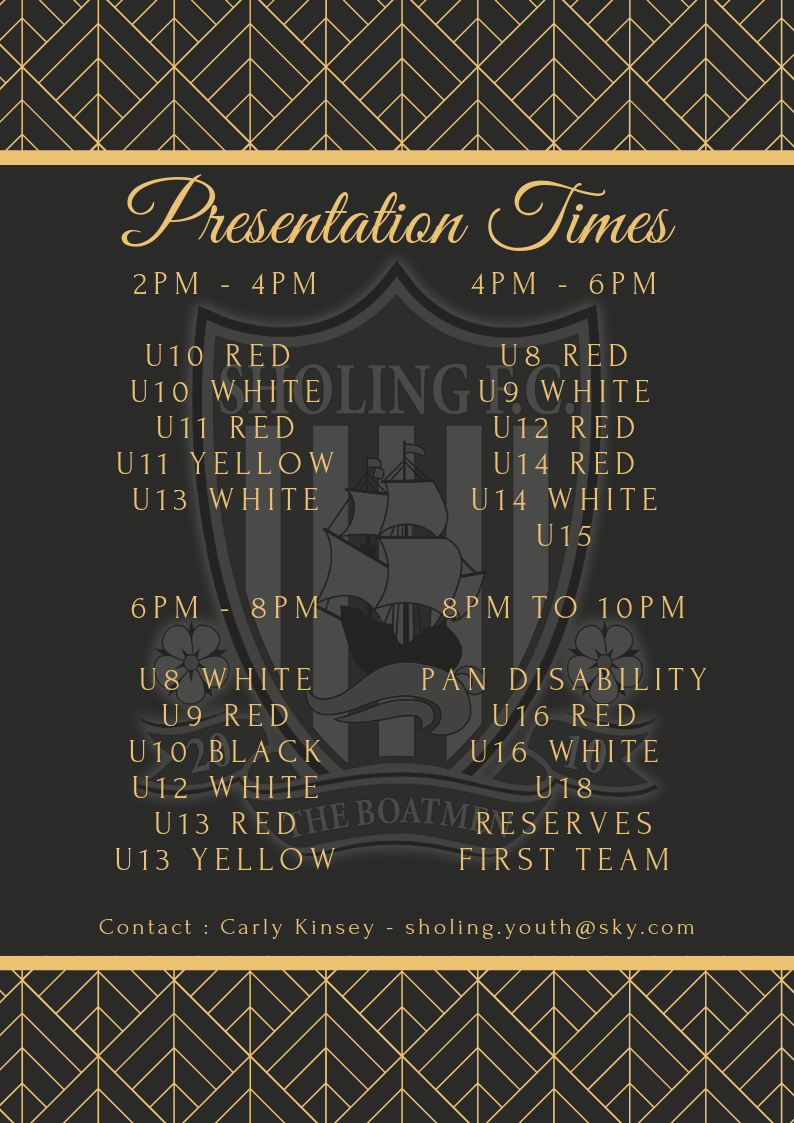 The Open Day will consist of a presentation based around what the Academy programme entails and will give a chance for all players attending to live a day in the life of one of our scholars. Even if U16 players have already visited other colleges and accepted places elsewhere it’s not to late to consider our Academy.

Please send an email to Matt Beckingham, Academy Manager – sholingfcacademy@gmail.com to express an interest in attending on Thursday 11th April 2019.

Sholing Football Club is proud to announce the formation of its full-time academy for players aged between 16 and 18 years of age for the 2019/20 season.

The club is launching a 2-year programme where individuals will have the opportunity to play and train under the umbrella of one of Hampshire's biggest and most successful semi-professional football clubs, whilst working towards a BTEC Level 3 Extended Diploma In Sport (Development, Coaching & Fitness) which is the equivalent of 3 A Levels. - For Full Details and to register an interest, please click here 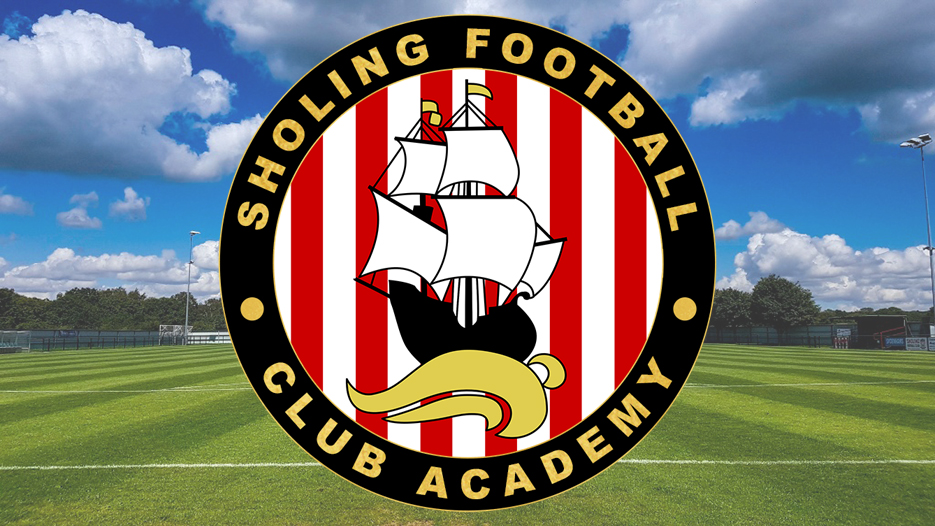 Sholing FC are holding a Club Meeting at Hamble Social Club, Beaulieu Road, Hamble SO31 4JL next Wednesday 20 February at 7.30pm. All players, parents, spectators, supporters of the Club are invited to attend.

At the meeting will be members of the Sholing FC, Sholing Youth FC and Sholing FC Pan Disability Committees, along with representatives of Hampshire FA, the Club's appointed FA Consultant (we are one of 25 Clubs who are part of a Community Leaders/Hub Pilot) together with our FA Mentor.

We would like to inform you all of the current position at the Club together with how the Club envisions moving forward in the future within our local community. 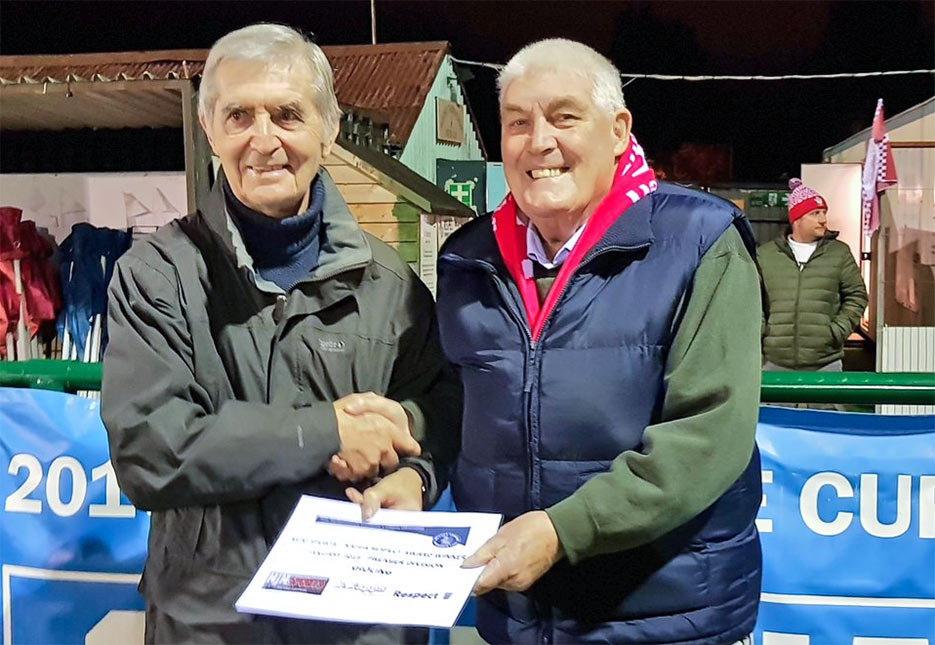 15 January - Club of the Month

For the Third time this season, Sholing have been named Wessex Premier club of the month, this time for the December period.  The Boatmen were unbeaten.

Dave Diaper posted on Facebook : I speak with a very heavy heart in the short time I knew Alex it was clear that he loved his football he would regularly phone me and talk about the success of the Club and how he hoped to be part of it. He was a likeable person who was very proud to mention to his dad that he was part of Sholing Football Club and he recently brought his dad to one of our games. You will be missed but not forgotten Alex RIP.

Club Captain, Byron Mason, posted on Instagram : Terrible news. We only knew him a short time, but enough to know he's a great guy. Thoughts are with his family from all the Sholing players.

19 November - Club of the Month

For the second time this season, Sholing have been voted the Wessex Premier Club of the Month. We had a 100% record in the month and the award was presented to Sholing Club President, Bill Boyle by Paul Scoble before our match against Baffins Milton Rovers. 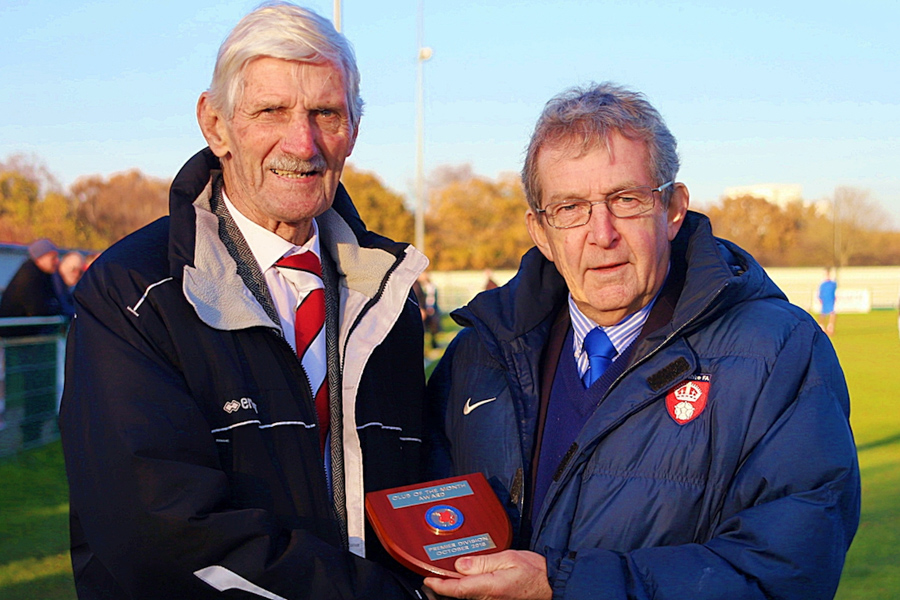 Following the unfortunate resignation of Sharon from the role of youth secretary, the club would like to make the following announcement.

Claire Paine has kindly agreed to temporarily step in and help Carly Kinsey steady the ship. Claire is a qualified accountant and will bring vast knowledge and experience to the club during this trying time.

We will shortly be arranging a meeting to discuss the way forward and all interested parties will be able to attend.

Sholing Under 18's are looking for a physio for match days. Home league games are played at the Universal Stadium on Sunday's. Good opportunity for someone training in Sports physiotherapy. Please contact team manager Gary Cassell to discuss 07966 114219

11 September - Club of the Month

Following our 100% League Record and 3 other Cup victories in August, Sholing were named the Wessex League Premier Club of the Month!  Thanks to the Wessex Committee and most of all, to everyone at the club for helping us achieve a great start to the season. 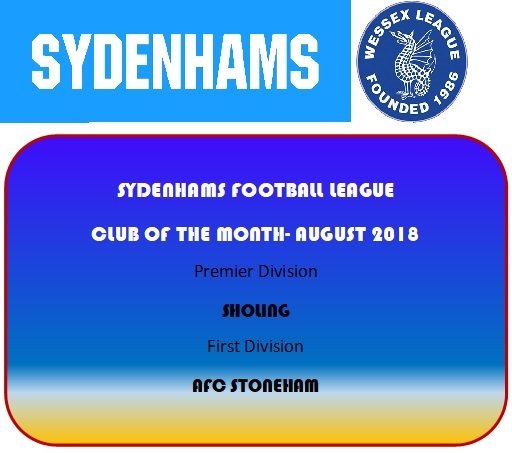 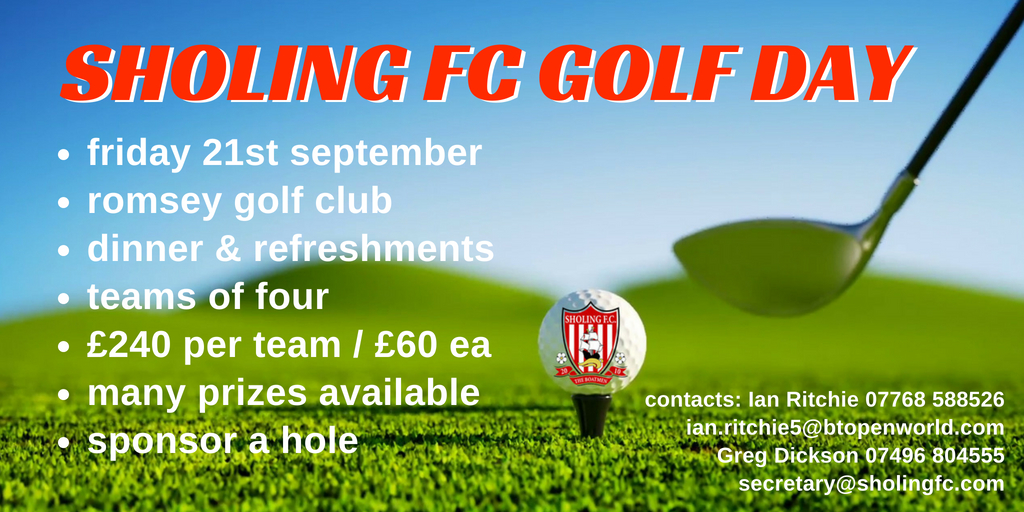 Sholing have once again frozen the prices for both Matchday tickets and also Season tickets, for the upcoming 2018/19 season.  We will continue to offer "Football for a Fiver" every home game for adults and cheap prices for Seniors and Children.  There are also big discounts to be had by purchasing a Season Ticket and even bigger discounts if you take advantage of the "Early Bird" by purchasing one before 24th July!