In a rare and unusual October cup final caused by the Covid-19 pandemic, Sholing retained the Hampshire FA Russell Cotes Cup with a narrow victory over Lymington Town.  It was the 100th year of the competition and Dan Mason scored the winner on the stroke of half time to clinch more silverware for the Boatmen and a confidence booster before one of the biggest games in the club's history on Saturday. 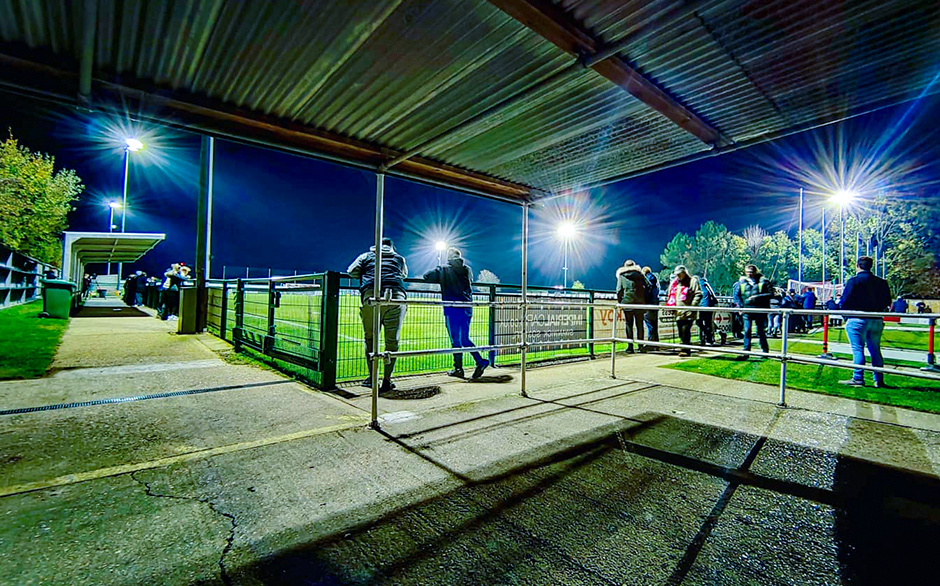 It was the Boatmen who started the brighter with the majority of possession against a high pressing Lymington defence, creating a number of half chances in the opening ten minutes. Firstly Claudio Herbert cut inside down the left but saw his shot fly harmlessly over the bar from an angle, whilst a low free kick whistled into the side netting. But the official ‘home’ side continued to push for an early goal in the cup final and Dan Mason’s shot was blocked for a corner that Dan Miller headed against the crossbar, whilst both Alex Sawyer and Brad Targett shot straight at Town keeper Ross Casey.

After weathering the early Sholing storm, Lymington began to come into the game with spells of possession in the midfield area as the game settled down following its lively start. A flurry of corners and set pieces helped Lymo create their first opening when a ball landed at the feet of Owen Fee, but the midfielder saw his shot always rising. On 26 minutes a run from Conrad Churchill caused problems down the wing but his low cross was cut out by Dan Miller as this cagey encounter drifted towards the thirty minute mark still goalless.

Although Dan Mason and Jake Hoole saw half chances saved by the Lymington keeper, the first half seemed to be drifting towards a goalless conclusion with organised defending from both sides thwarting attacking openings. But as fans started moving for teabars, Sholing took the lead in the forty-fourth minute. Bryon Mason turned his marker on the edge of the box and saw his powerful, curling effort tipped away for a corner by Ross Casey. Jake Hoole's fired in delivery was flicked on by Miller to find DAN MASON at the far post and he knocked the ball past the bodies on the line. HT: 1-0 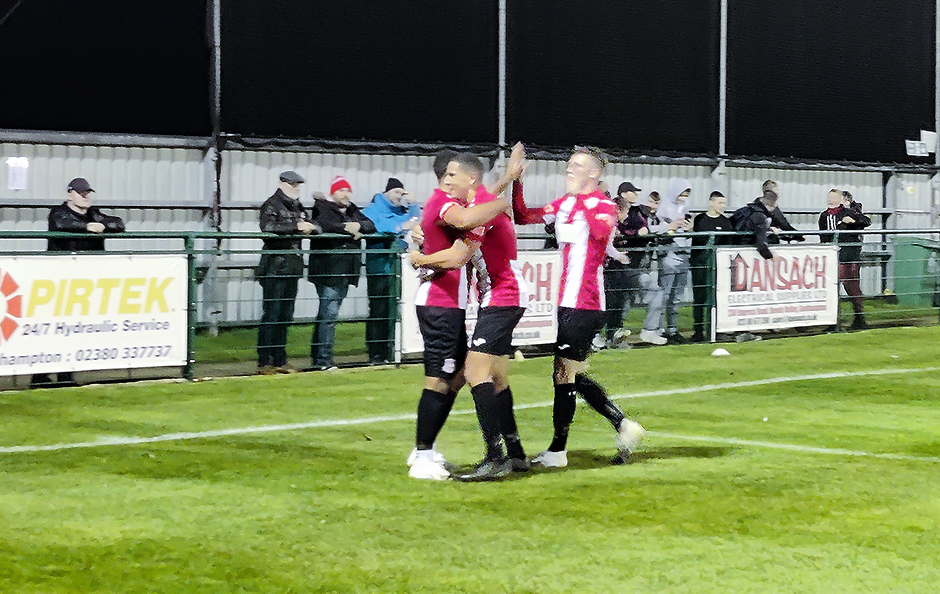 The Wessex Premier League outfit, who had won all 7 league games they have played thus far, came out firing after the break, immediately appealing for a penalty after Dom Falco went down in the area. However referee Gary Parson refused the brief appeals as the ball was recycled to Robin Nichols, whose cross-come-lob was held by Ryan Gosney. This early second half pressure continued as Steve Fynn flashed his header wide from a quickly-taken corner down the left, whilst Dan Miller denied Rian Drake with a brilliant tackle. From this resulting move Dan Mason broke through on goal from a long pass but saw his effort smothered by Ross Casey in the Lymington goal just before the hour mark.

A series of fouls and substitutions meant that play drifted into a slight lull as both sides cancelled each other out in a scrappy midfield battle. Frustrations of Sholing threatened to show as Brad Targett was booked for a late tackle on Nathan Hurst before he was substituted for Nick Watts with seventeen minutes left. Watts should have scored with his first touch as Dan Mason chested into this path, but 8 yards out, Watts put his effort wide of the near post.  He was involved again soon after, having an effort deflect off a defender to leave the keeper helpless, but the ball skidded across goal and just wide. From the corner, Alex Sawyer's inswinger was headed off the line near the far post. The Boatmen then saw Claudio Herbert fire wide after fine work from Byron Mason .

Lymington were pushing forward and creating some openings that were wasted by wayward shots.  The energetic Owen Fee found space down the right following a corner and saw his low shot saved comfortably by Ryan Gosney. Dan Mason rolled his marker and got off a shot that flashed just wide before the final chance of the game went to Lymington, with a freekick expected to be put in the box, instead it was whipped low towards the near post and clipped off the outside of the woodwork. The Boatmen were able to close the game out and Byron Mason lifted the Russell Cotes Cup for the second time.  FT: 1-0 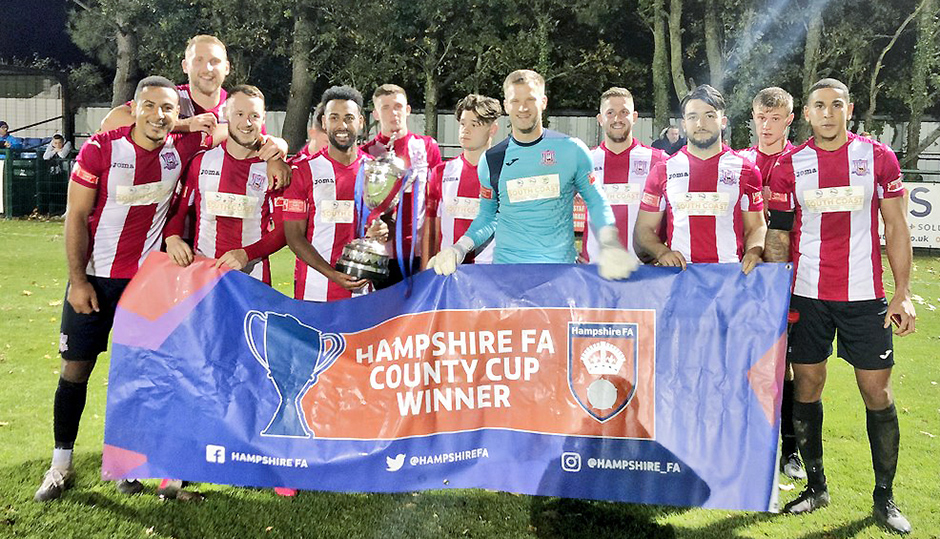