Man of the Match : Owen Royl

Holders Sholing cruised into the semi-final stage of the Russell Cotes competition with a five star performance against Wessex Divison 1 side, Bemerton Heath Harlequins. Stu Green grabbed a brace, including a beautifully executed chip and he was joined on the scoresheet by Owen Roundell, Dan Mason & Josh Carey.

Team News: TJ Cuthbertson, Lee Wort & Jamie Bulpitt all missed out and Dan Miller was rested to the bench. Brad Targett made his 100th appearance and new signing Kristyian Gerov was given a place on the bench following his International clearance being approved recently. Also prior to the kick off, Dave Diaper dual signed 19 year old goalkeeper Luke Deacon from Hamble Club.

Despite Bemerton Heath edging the possession in the first five minutes, it wasn’t long before an extremely strong Sholing side asserted their control on proceedings and started to create a flurry of opportunities to take an early lead. Firstly Dan Mason met a corner on the right and saw his header rise over the crossbar in the sixth minute, before Owen Royl headed harmlessly wide following another corner two moments later. The home dominance continued when Sholing were awarded a free kick in the fourteenth minute, which was curled just wide from twenty-yards out by Stu Green. Less than sixty seconds later it was James Lauder’s turn to go close when he met Bradley Targett’s cross with an overhead kick that landed the wrong side of the near post.

It soon became clear that Sholing were likely to get the first goal and it duly arrived from a corner in the twentieth minute. The set piece was worked into the path of Stuart Green, whose low curling shot was saved by Bemerton goalkeeper Patrick Creese and bounced back into play. OWEN ROUNDELL was quickest to attack the loose ball and knocked an effort into the unguarded net.

Boatmen then scored two quality goals in as many minutes. Jake Hoole found space down the left and his excellent whipped in cross was bread & butter for the arriving DAN MASON to guide in with a side-foot volley. Fans had barely finished celebrating when Sholing made it three-nil just sixty-seconds later. The ball was given away from the restart and a long pass was sent forward to find STU GREEN through on goal. With the Bemerton keeper off his line, "Greener" saw an opportunity and lobbed the shot-stopper from the right corner of the penalty area with a brilliantly executed chip shot that nestled into the far corner. HT: 3-0 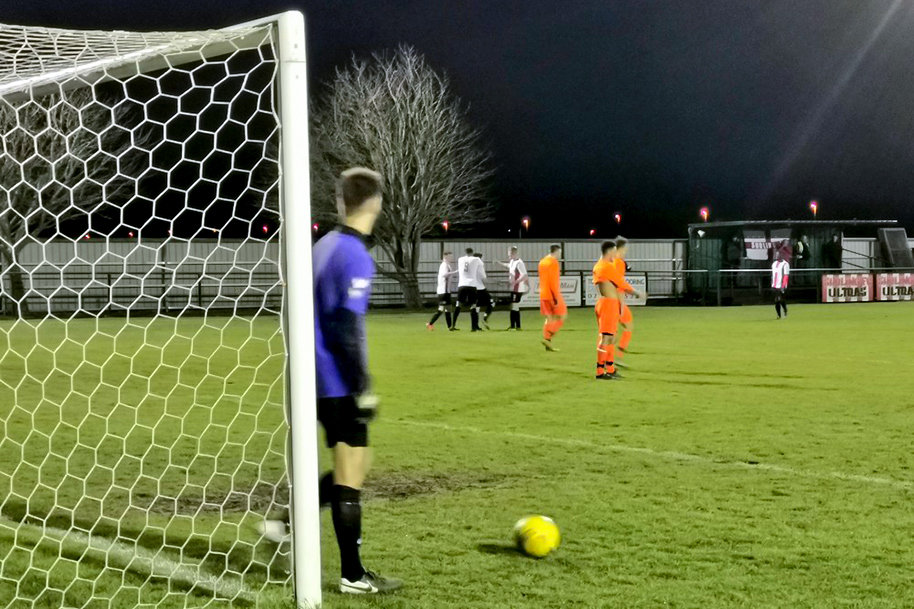 Sholing came out firing after the interval and saw a flurry of opportunities to make it four-nil before the hour mark. A free-kick by Stuart Green provided a routine catch for away keeper Patrick Creese before the shot-stopper parried Bradley Targett’s first time angled effort from twenty-five yards away for a corner. Although Dan Mason was allowed a free header from this set piece, he seemed to misjudge his effort and the ball was cleared to safety. The home striker was further denied when he collected a crossfield pass from Jake Hoole and fired towards the bottom corner after spinning his marker, but a mixture of goalie gloves and post stopped the ball hitting the corner.

The visitors were unable to get beyond the strong Sholing defence, meaning apart from a handful of kicked clearances and passes from his own defence, Ryan Gosney's biggest focus was on not getting too cold from the bitter wind blowing across the ground.

Sholing made it four-nil just minutes after the hour mark and it was a great team goal. Owen Royl drove forward and his pass was flicked into the penalty area to find Dan Mason, who backheeled the ball into the path of STU GREEN, who made no mistake in firing under the away keeper and into the back of the net from 10 yards.

On 76 mins, the scoring was complete when Jack Nicholas broke down the wing, got to the byline calmly played a great cross into the corridor of uncertainty where JOSH CAREY reached it to tap it back past the diving keeper.  He should have had another goal six minutes later. A through ball split the Bemerton defence, Carey latched onto it, rounded the keeper, but then fluffed the finish, putting his effort wide of the gaping goal.  Brad Targett repeatedly tried to get a goal to mark his 100th game, but on several occasions, shot wildly off target when well placed.   The Boatmen will now face Christchurch at their ground in the Semi Final, but when that will be played, is anyone's guess right now. FT: 5-0 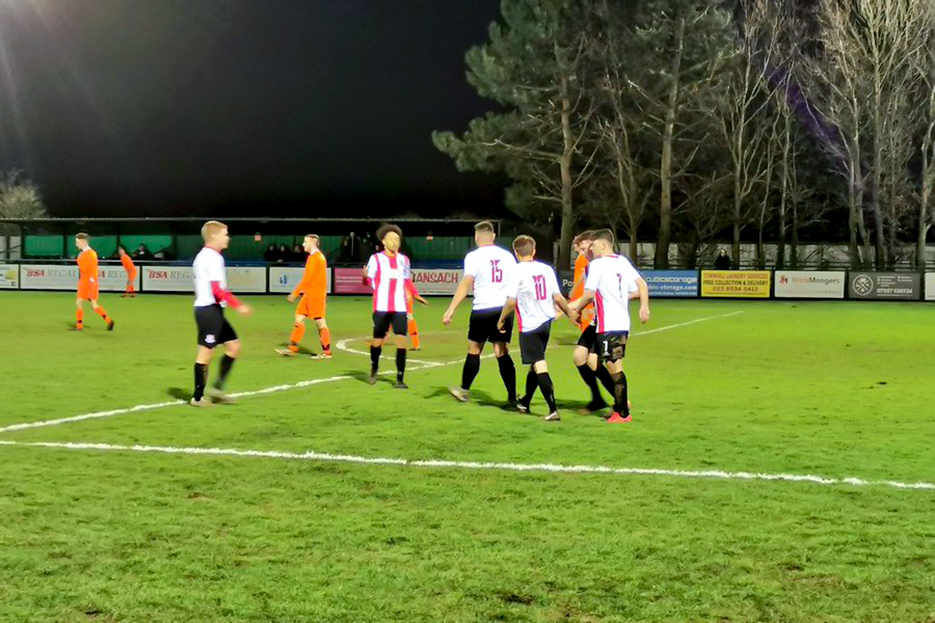