Boatmen were defeated by league leaders, Thatcham Town, who took the lead straight from the kick off and doubled it in the second half to go home with all the points.

Before the game, there was a minute's applause in honour of Les Diaper, who sadly passed away this week. Our deepest condolences to Dave and the entire Diaper family. RIP Les. 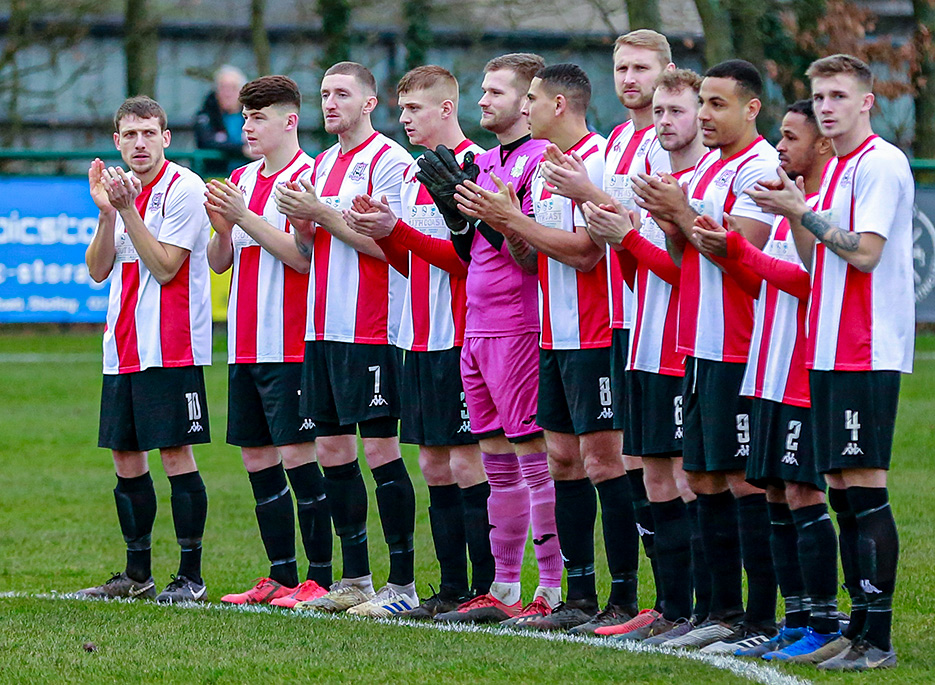 Thatcham got the game underway and had the ball in the back of the net without a Sholing player having touched it. After passing the ball through the Boatmen, Barder put in a cross from the right that found Kyle Tooze to sweep unchallenged into the bottom corner inside 30 seconds of the match starting.

A stunned looking Sholing side, pulled themselves together and had a good period of pressure, forcing several corners, all of which we looked dangerous from. Firstly Byron headed over and a few minutes later, he got his header on target, but a defender was there on the line to hack clear.  Roundell & Miller also won headers from corners, but neither troubled the keeper.  Stu Green went on a powerful run from the left flank across midfield and into the box, where he went to ground under a challenge, but the ref said no penalty.

Thatcham were denied by an excellent sliding tackle by Dan Miller, but they remained dangerous with swift attacks and Tooze could have got a second when free in the box, but he shot straight at Gosney.  Dan Mason was set up on the edge of the area and connected well with his shot that fizzed just past the upright.  The Half ended in a bit of handbags after a hefty challenge by Sawyer, for which he received a booking.  HT 0-1

Within 8 minutes of the restart, Thatcham extended their lead when Curtis Angell lifted a ball down the left flank for Kyle Tooze to run onto and advance towards goal and slot under the diving Gosney, who got something on it, but the ball found its way into the far corner.    With a decent lead and full of confidence, Thatcham worked hard to snuff out the Boatmen going forward.  Dave Diaper made three substitutions in the space of a few minutes, but on this occasion, it wasn't to change the pattern of the game, as the visitors remained in control.

Jack Nicholas did well to win the ball and ride a couple of challenges before feeding Dan Mason inside the area, but his angled shot was well over the bar.  Dan Miller headed a corner tamely to the keeper, but other corners were dealt with by the well marshalled Thatcham defence.  Tooze went looking for a hat-trick, breaking into the box and going down with the referee booking him for simulation. The Thatcham manager, wisely then took off his leading scorer before he risked getting a suspension.

For Sholing, a disappointing result against a good team who look on course for promotion. Boatmen do have a lot of games in hand on teams in the bottom half of the table, but definitely need more points on the board and will be looking to push back up into midtable during a manic schedule of matches during January & February. FT 0-2