Sholing progressed into the third qualifying round of the FA Trophy with a hard-fought victory over Barton Rovers. The Boatmen took advantage of some eye-catching attacking play in the first half to grab goals from Jake Hoole & Lee Wort and then put in a strong defensive second half performance to get the win.

Team News: Dave Diaper welcomed back Stuart Green who had been suffering from flu, so for probably the first time this season, had a full strength squad to pick from.

An impeccably observed minutes’ silence and wreath laying took place before kick-off to mark Remembrance weekend. With rain ruining chances of the game being played on Saturday, meaning a frustrated wasted trip for Barton, it meant another long journey for the Southern League Central side.  Fans were speculating that Barton Rovers would come flying out the blocks, but it was actually Sholing that made the early inroads by taking the lead in the fifth minute.

Fine interplay between Dan Mason and Stuart Green ended in a goal bound effort from the midfielder. The effort was saved by Barton keeper Kyle Forster, but he could only parry it to JAKE HOOLE, 8 yards out, to slot home into the relatively unguarded net. First goal of the season for Jakey and it was the perfect start for the Boatmen.

Barton's pacey winger Nathan Tshikuna was looking dangerous and cut inside the penalty area following a throw-in down the left flank. His powerful effort was deflected out for a corner, from which the unmarked Lewis Thomas headed wide of the post when he probably should have got it on target.

In the fifteenth minute Sholing created a great chance to score their second goal when a great flick by Dan Mason put Lee Wort through on goal. With just the keeper to beat, he leant back and sent his shot harmlessly over the crossbar from close range. The ball also cleared the woodwork a minute later when Stu Green cut in from the left and curled a 22 yard effort over. Greener was causing the visitors all sorts of problems and from another attack he slid a lovely pass into the feet of Dan Mason, who dropped his shoulder to get beyond his marker, but his angled shot was well saved by the keeper.

Sholing, with all of the attacking play, deservedly doubled their lead in the 35th minute. Midfield play led to Marvin Mclean finding space down the wing, with the left-back beating his man and whipping in an inch perfect cross into the 6 yard box to find LEE WORT who side-footed the ball home.

Stu Green once again opened up the Barton backline as he made room for a shot inside the box, his effort taking a deflection off a defender and thudding back off the post with Wort blasting the rebound across the face of goal and wide.  HT: 2-0

The opening fifteen minutes after the restart were fairly even and played in the midfield area with few half chances for either side, although Barton, with nothing to lose, were now pushing more men forward. Sholing had a chance to extend their lead when Green robbed a defender and fed Hoole, but he couldn't keep his 18 yard shot down. Down the other end Nathan Tshikuna sent a dangerous free-kick straight into the wall and Connor Vincent sent a snapshot into the gloves of Ryan Gosney after an impressive crossfield pass by right-back Jerome Jibodu on the hour mark.

Barton Rovers were dominating possession and the territory and pulled a goal back in the sixty-fifth minute. A corner wasn’t cleared properly by Sholing and when a Barton player went down in the area, the Referee had no hesitation in pointing to the penalty spot.  Nathan Tshikuna sent the ball into the bottom corner despite Ryan Gosney diving the right way.

Barton continued to be have most of the ball, some of which was down to Sholing inviting them on by too often gifting possession, but for all that pressure on the Boatmen's goal, the defence was standing strong and Gos really only had one decent save to make. Charlie Smith was allowed time and fired a low effort towards the bottom corner. but was denied by the fingertips of Ryan Gosney for a corner that ultimately came to nothing. Sholing had chances on the counter-attack as Barton piled forward, with Dan Mason heading wide and Bradley Targett brushing against the side netting after a deflected shot following one-touch interplay down the left.

The final moments of the game were dominated by Barton Rovers, who peppered the Sholing penalty areas with crosses and set pieces, but the visitors were unable to create a chance against a Boatmen side who were badly stung by conceding a late goal in the previous match and were in no mood to let it happen again.   Sholing continue their "March to the Arch", reaching the 3rd Qualifying Round to match the club's longest ever run in the FA Trophy.  Boatmen will be at home to either Bedfont Sports or Paulton Rovers (they play next Tuesday) on Saturday 23rd.  FT: 2-1 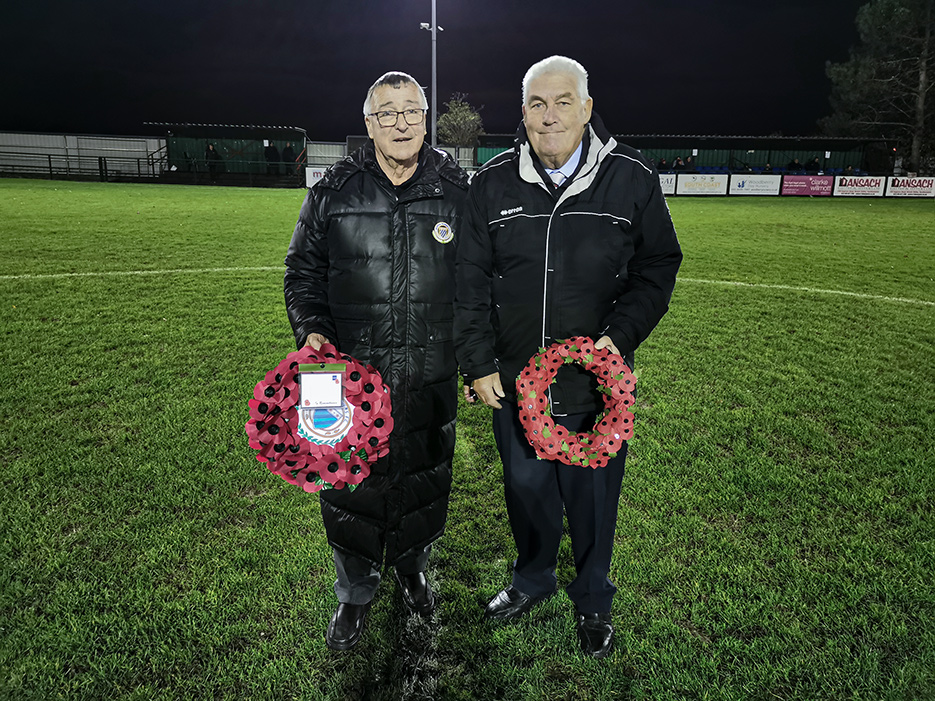