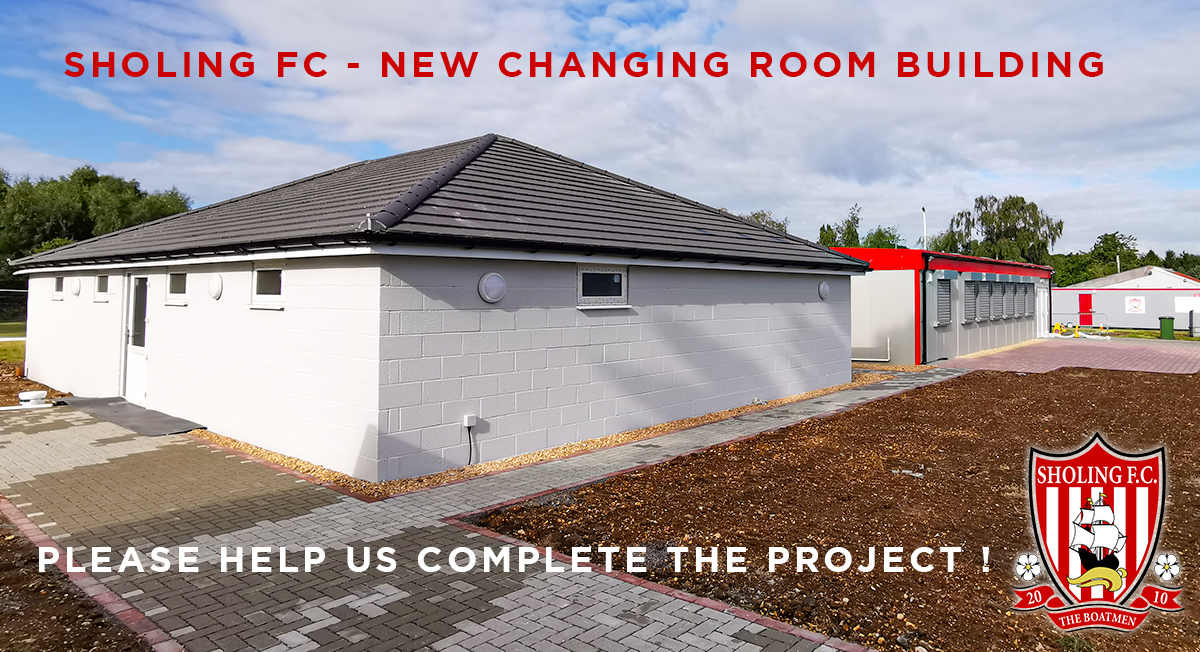 We have reached our target in less than a week! Amazing response by everyone. We are humbled & very thankful of all the donations made. We will be keeping the Crowdfunder open a little longer for donations. Every penny raised will only be spent on ground improvements to ensure we can open the ground to supporters when Football is given the all clear to do so. On behalf of Sholing FC, thanks again, we have brilliant supporters & sponsors!

Huge thanks to the following for your kind & generous donations:

and the 16 people who made anonymous donations.

Sholing FC has made a significant investment into our ground over the past two seasons. Firstly, the new clubhouse and now during the summer we have built a new changing room block.  This 6 figure investment has been made possible by the fantastic backing of our committee, major sponsors, contractors and suppliers, as well as a generous grant from the Football Foundation.

Basically, we've achieved in 12 months, what the club has wanted to do for over 40 years !

However, there is more we want to do and more we have to do... and the clock is ticking!  Following a ground grading visit, the club has a list of works we must achieve before the season is due to start in September to allow us to gain the certification to open the ground to spectators.

This is where YOU come in.

Keeping the club running during the Covid-19 crisis, as well as redeveloping the ground has been a huge challenge for us and we are extremely grateful to everyone who have got us this far.   Playing games & having spectators pay at the gate and using the clubhouse etc, is the main way we earn income.  We've been unable to do this since early March.

To complete the work at the ground, we need YOUR HELP to raise funds to enable us to have the ground open to fans the first league game of the season.

Specifically, we have to install a new covered terrace (example photo below), provide new fencing & player/fan segregation from the new changing rooms to the pitch, modifications to emergency exits and several landscaping works to comply with ground grading.   This is on top of making matchdays at the ground "Covid-safe". 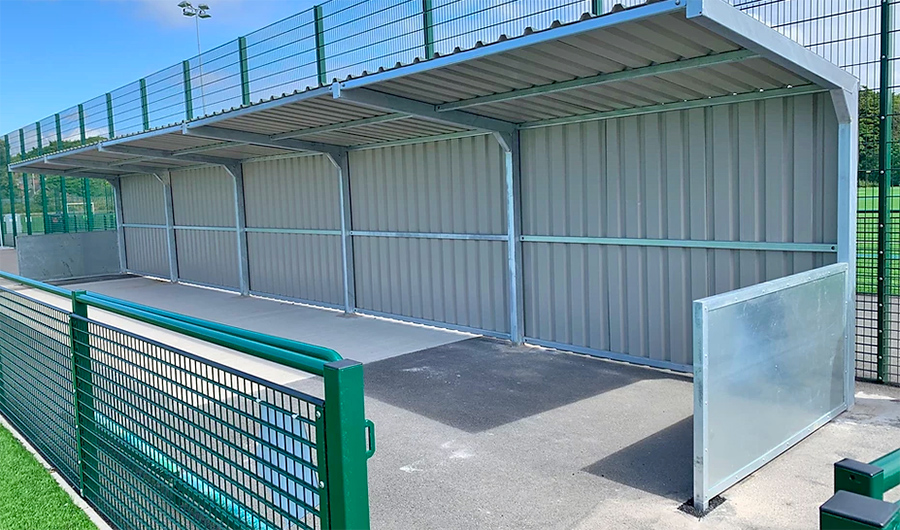 We have set ourselves an initial target of £5,000 to fund these projects.  With your support, we can achieve this, plus, if we beat our target, all funds raised will be ring-fenced for ongoing ground improvements.

All contributions to this Crowdfunder page will be hugely appreciated.

We are not the biggest club around, but we've punched above our weight for years, winning 7 trophies in the past 10 seasons alone. Including the FA Vase at Wembley, bringing national attention to our part of the City.  We are also fiercely committed to our Youth Section, which hundreds, if not thousands, of local children have benefitted from since it started.

Our ambitions are to continue to grow Sholing FC and in partnership with YOU, our supporters and sponsors, we can do this !

Thank you and Up the Boatmen !

Please click the Crowdfunder link below to make a donation. Every penny donated, goes directly to Sholing FC