Man of the Match : Ryan Gosney

Sholing were unable to produce an FA Cup upset in front of a big crowd, as they lost to a strong Havant and Waterlooville side.

Team News: Owen Royl was initially named in the team but pulled up during the warm-up, so Owen Roundell came in at right back. Havant & Waterlooville side include Matt Paterson, Rory Williams & James Hayter all with football league experience. 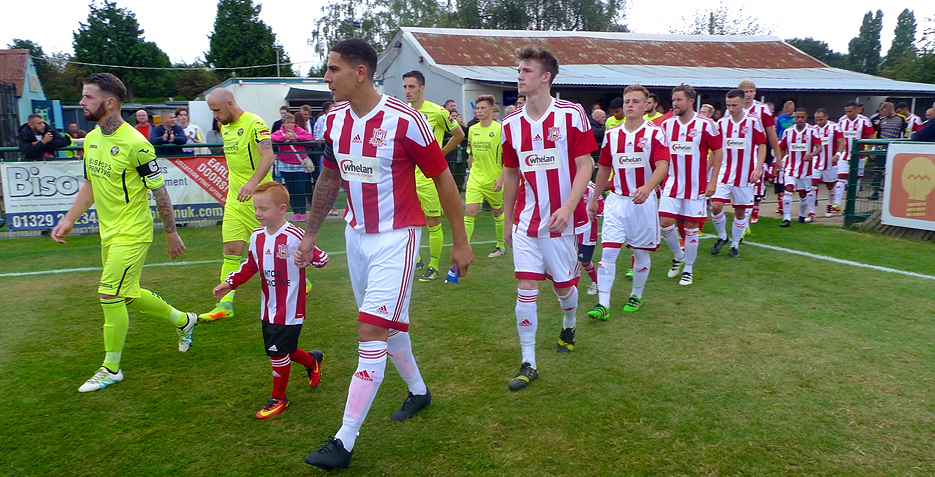 Havant and Waterlooville got us underway in this FA Cup tie and it was the visitors who had the first chance of the match. Pete Castle’s header only went as far as Matt Paterson who struck the ball straight at Ryan Gosney. Sholing went straight down the other end as a ball over the top found Barry Mason who hit a half volley which flew well wide of the goal.

The opening stages were fast paced as the ball was going end to end. This was apparent when George Barker played the ball to Matt Paterson, but his ball in was intercepted by Pete Castle and cleared away by Dan Miller.

From this point on Havant grabbed control of the match and dominated the following proceedings. This first came into fruition when Matt Paterson and George Barker linked up well on the left hand side but Matt Paterson fired his shot straight at Ryan Gosney.

Havant went on the attack once again as Rory Williams played the ball into Matt Paterson, he flicked it onto George Barker but Dan Miller intervened and the ball fell out to Ben Swallow but his shot was also blocked.

Havant got their reward on 13 mins as Owen Roundell’s misplaced touch gifted the ball to George Barker, he strode forward with it and gave it to Matt Paterson who passed it forward to Jason Prior who was in clear space and took full advantage as he slotted the ball past Ryan Gosney to give Havant the lead.

Havant weren’t finished there as they carried on dominating the first half and they should have doubled their advantage as Jason Prior and Matt Paterson played a slick one-two which allowed Prior to slide the ball across the box where Matt Paterson at full stretch, prodded the ball wide of an open goal.

Sholing were struggling to create many clear-cut chances and were failing to make the ball stick up front. However, their best chance of the match came from a corner which followed from a free-kick. The ball was whipped in by Kevin Brewster and the ball found Zac Mouland who met it with a stooping header that somehow went over the bar from 5 yards out.

The final chance of the half for Havant came when Pete Castle gave the ball away to Jason Prior on the right by the corner flag. Jason Prior then played the ball to edge of the box to George Barker, but a fantastic sliding tackle from Captain Byron Mason prevented the ball flying towards goal.

From that point, Sholing grew into the match but without creating anything too clear cut. The Boatmen won a few free-kicks and corners but nothing really troubling Ryan Young in goal. HT 0-1

Almost immediately from the re-start Sholing looked to be in behind when Dan Mason was baring down on goal with the ball slightly in front of him. Unfortunately Rory Williams intervened, but caught the oncoming Ryan Young as both players collided. From this there was a stoppage in play as Rory Williams received treatment.

Sholing started the half much better than the visitors as Zac Mouland was progressing down the right hand side. He cut inside whilst beating Lee Molyneaux in the process. Unfortunately Ryan Woodford amended his defensive partner’s error and made a great recovery tackle.

Havant created the next few chances as Ben Swallow turned and shot from outside the box but the shot trickles wide-not troubling Ryan Gosney. The second half was more of an even contest compared to the first as Sholing looked much more established when going forward.

A rare mistake from Pete Castle allowed a bouncing ball to allude him as Matt Paterson was allowed space in behind. He tried to chip Ryan Gosney first time from 30 yards but his shot when high and wide of the goal.

Sholing’s were sometimes getting into shooting positions, but not getting a shot away.  Finally, Jamie Bulpitt chanced his arm from 25 yards, but his effort flew over the bar.

As torrential rain fell, sending supporters scattering for what little cover there is inside the ground, Havant regained control of the match and they almost doubled their lead as Prior played the ball across and found Dan Sturgnell, but he forces Ryan Gosney to produce a great low save.

Havant killed the game off in the 75th minute when substitute Alfie Rutherford whipped a ball in from the right and Jason Prior doubled his goal tally when his header soared into the top left corner.

The visitors should have grabbed their third when Prior’s strike, hoping to grab his hat trick, was well saved by Ryan Gosney. The Sholing keeper kept the score respectable, pulling off two more saves before the final whistle.

Sholing gave it a good go, but the visitors from two leagues above (was three last season), were determined not to be on the end of a cup upset and deserved the win. FT 0-2

Good luck to Havant & Waterlooville in the next round.  Many thanks to the 301 supporters & club volunteers.

Dave Diaper interviewed by Radio Solent after the game :

Gallery of Photographs can be found here 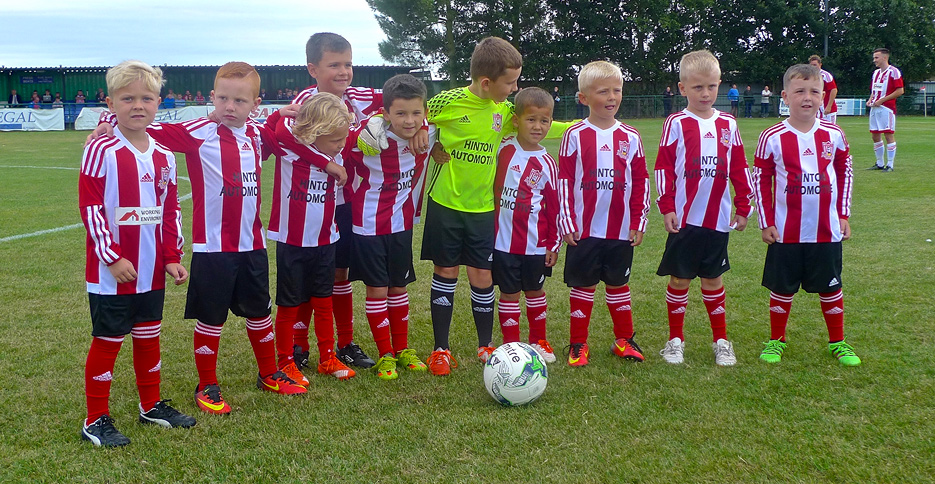