Man of the Match :  Matt Brown

Sholing squandered a 2-0 lead to come away with a point from a fiery, but at times scrappy affair against Didcot on a cold and damp night at the Silverlake Arena. 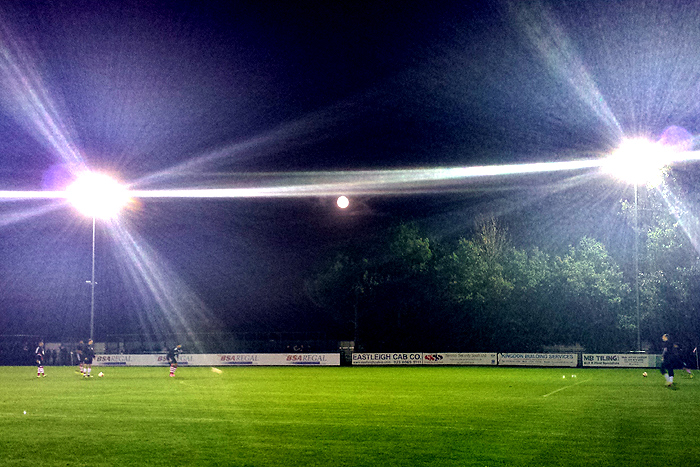 Team News: The only squad member missing tonight was Barry Mason, who was off celebrating his 30th birthday (happy birthday Barry!). There were a couple of changes from the team that beat Wantage at the weekend, Kevin Brewster replaced Taurean Manders, with Jack Smith dropping to left back. Byron Mason replaced brother Barry and Nick Watts was given a rest on the bench, with Nathan Lynch coming into the starting 11. Alex Baldacchino and Dan Mason both returned to the bench following their reserve win at the weekend in which both scored twice. 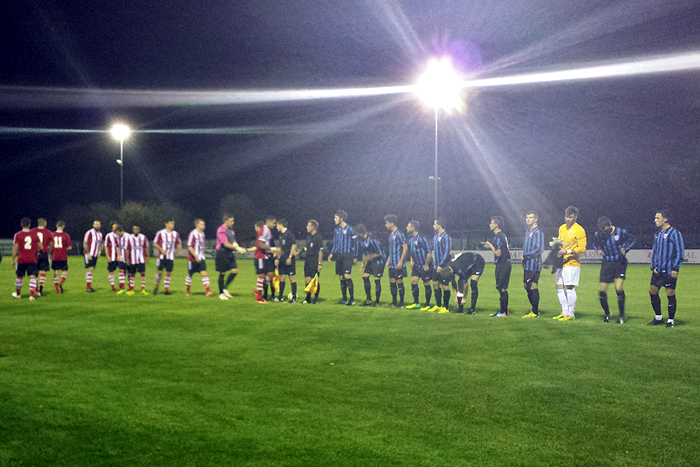 The game started in disastrous fashion for the visitors Didcot, as if it wasn’t bad giving the ball away from first kick of the game, they found themselves behind after just 4 minutes. Marvin McLean surged down the left hand side and broke into the box, his low cross pinged up to SAM WILSON who controlled the ball brilliantly in the air before firing under the goalkeeper to finish.

Sholing were clearly buoyed by their quick start, and 4 minutes later, a moment of fortune fell that way. A long throw into the box looked to have been dealt with by the Didcot centre half, but he miss timed his jump and the ball bounced over him to SAM WILSON who composed himself before slotting home at far side of the net to rush Sholing into a 2 goal lead.

And Sholing continued to pile the pressure on the stunned visitors. Marvin McLean was leading the charge with his pace, and after he scampered down the right to put a ball in, Alex Sawyer couldn’t control the resulting volley and the ball floated wide. But less than a minute later, McLean was off again, but this time he frustrated the covering defender into pulling Marvin off the ball, although the referee was not convinced McLean had been fouled. The Boatmen were unlucky not to have a third after Sam Wilson cut out a short, wind – affected, goal kick. Wilson then released McLean up the right again, and McLean rolled the ball to the waiting Kevin Brewster in the middle, but he couldn’t keep his strike down and it flew harmlessly over.

But it wasn’t all Sholing, and after Matt Brown got low too keep out 17-goal John Mills, Didcot had found a way back into the game. A route one ball over the top of the Sholing backline found the galloping Pablo Haysom, who slotted the ball beyond the defenceless Matt Brown.

After that it was Didcot who were turning up the heat. Sholing continued to stand firm, including seeing off a teasing cross put in by Josh Dutton-Black. But the firmness could only go so far and as another ball was played into the area, Stuart Mott tripped Dutton-Black to gift Didcot the chance to level equalise and sure enough John Mills added to his impressive goal statistics this season with a low to the left penalty which left Matt Brown sprawling the wrong way. Matt Brown would deny Mills again just before the interval. HT 2-2

Sholing failed to replicate the flying start they made to the first half, in fact Matt Brown won another personal battle with Mills, saving his one on one effort with an outstretched leg after the pacey Mills was played through the Boatmen line.

Two goal Sam Wilson showed a moment of brilliance to be aware of Nathan Lynch to back heel a pass to the rushing forward, whose low strike earned the Boatmen a corner, which was subsequently cleared. The weather then took a turn for the worse, and a sudden burst of torrential rain and blustery winds made conditions extremely difficult for the players meaning the game died down for a few minutes until the harsh conditions passed. 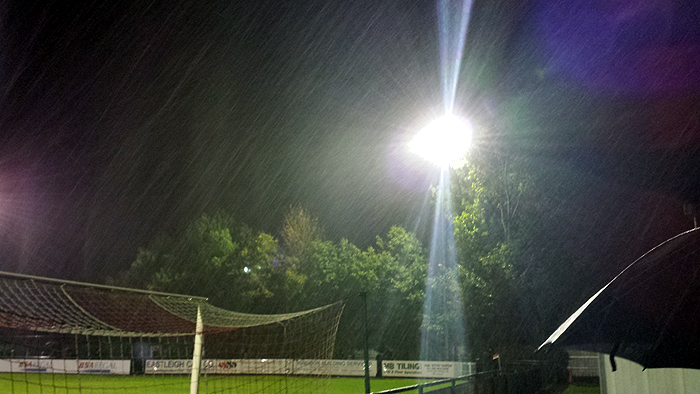 Matt Brown saved what seemed a certain goal for Pablo Haysom by beating the ball away just before Haysom got the chance to nod home after Mills found him with a cross from the left. Mills was then caught up in a controversial incident which saw him booked for cheating, after he handled the ball to beat Matt Brown in a Maradona-esque type incident which was immediately flagged by the official. The Sholing crowd was outraged that Mills did not see red for such a blatant effort to deceive the referee.

Then things started to get a bit more heated, a dangerous tackle left Marvin McLean in a heap on the floor and the aftermath saw both tackler James Organ and sub Matt Clark both booked, although again the call from the stands was “off off off!”  The final 10 minutes were really scrappy, and in-between the football, a series of clashes and “handbags” took place, the biggest coming after Mike Byrne went in hard on a tackle seconds before the final whistle, the traveling fans wanted to see the bearded defender walk, but it only turned out to be another yellow. FT 2-2

After the game Sholing manager Dave Fear said : “Very pleased, but also disappointed with the two goals conceded, two similar goals straight down the middle, but at the end of the day, performance wise I’m happy with that.”