Sholing breezed past Hampshire Premier League side, Winchester Castle, in dominant style as Nick Watts grabbed a brace to send Sholing on their way to next round of the Russell Cotes cup with a more than comfortable 4-0 win.

Team News: This was a much changed and much rested side to the one that narrowly overcome Bashley. Kevin Brewster, Matt Brown, Jack Smith and Sam Wilson drop out of the team completely, while weekend goal scorer Dan Mason dropped to the bench. Coming into the team were Lee Webber in goal, Kane Crisp and Jude Nwachukwu came into the back four pushing Taurean Manders into the number 6 position and Alex Baldacchino and Nathan Lynch made up the front two.

As far as injuries are concerned Barry Mason (foot), Jack Smith (calf), Tobi Adenkunle (hamstring), Pete Castle (Knee) and Kevin Brewster (knee) all missed tonight, with only Jack Smith likely to return for the visit of Taunton this weekend. 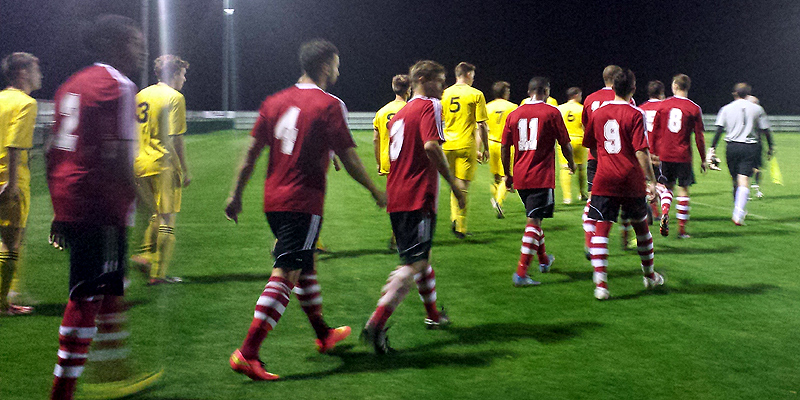 After a few away games on very bobbly pitches, it was a welcome return to the fantastic flat surface at the Silverlake Arena. Winchester Castle got the game underway, but that was about as much action as the lower-leagued side were to see, as the entire first half was to be Sholing dominated. And Nick Watts, who oozed brilliance today, started his game off quickly as he and Alex Sawyer connected outside the penalty area before Watts curled the strike narrowly wide. Watts soon had a fantastic opportunity to open the scoring after being released by Nathan Lynch, but had not been for a decent save in a 1 on 1 situation from Winch goalkeeper Dan Chapman, who otherwise looked shaky, Watts’ account would have been open early.

The Boatmen continued to create chances, but equally continued to squander most of them. But it wasn’t as if there was a lack of opportunities to go the Boatmen’s way and after Watts ran onto yet another Alex Sawyer pass to loft the ball into the side netting, he would give Sholing the much deserved lead. NICK WATTS picked up the ball from the left, crusaded into the middle of the field before tucking the ball calmly into the bottom left hand corner whilst on the run from just outside the area. Watts was at the forefront of Sholing play this time returning the favour and finding Sawyer who then sold McLean short. But surprisingly Watts had no part to play in the second Sholing goal. Alex Baldacchino, who had a relatively quiet night, was allowed to pick up the ball, and then complete a full circle by the poor Castle defence. Baldacchino then found MARVIN MCLEAN, who had strayed in from the left. And McLean had the easiest tap-in he will ever be presented with. 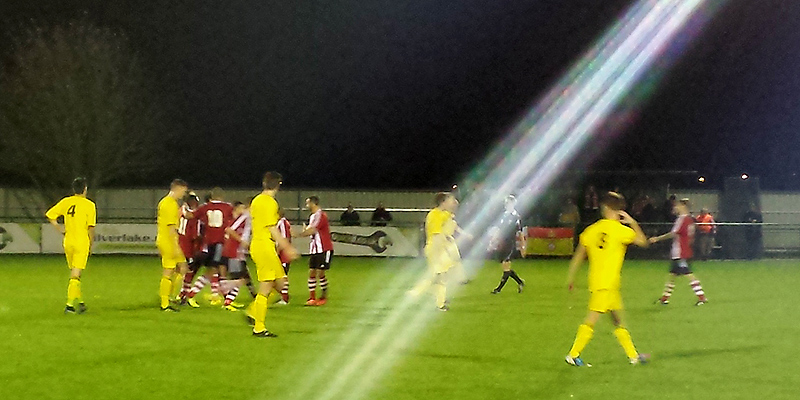 The Sholing onslaught continued. And 2 corners and 4 minutes later they were rewarded with a third goal. And who else other than Nick Watts was to get it. NICK WATTS ran onto to a McLean ball forward and simply stroked the ball into the net, leaving the shaky keeper stranded. The lack of celebration from the Sholing players just demonstrated how easy the Winchester Castle defence was making it for them. It wasn’t until the 44th minute that Lee Webber was called into his first save, and at the captain for the night sprawled across the floor to collect the tame effort, ironic cheers rang around the ground from the 67 strong crowd. HT 3-0

There was a sense of the job was done in the second half, but Winchester Castle started the half with a golden opportunity to reclaim some pride. But Callum Holloway could only prod wide as Webbers goal was left gaping because the Sholing defence was frazzled by a floated long ball. But thankfully the lapse in concentration was left unpunished. But normal order was resumed soon after, Watts could only find the fencing behind the goal in the pursuit of the illusive hat-trick, while Lynch was closer, finding the side netting after twisting and turning inside the penalty area. But a real problem for the Boatmen in the second half was finding the killer ball that they had been pumping out by the dozen in the first half.

As Watts laboured for his third, he managed to supply Nathan Lynch for the Sholing fourth. Watts made another run to the byline, before he continued into the penalty area completely unchallenged, which allowed him to square to the unmarked NATHAN LYNCH, who was gratefully waiting in the middle for the chance to fall his way.

Alas Nick Watts was not to get his third. His final kick of the game looked goal-bound had it not struck the head of a completely unaware Castle defender. But Watts was still “head and shoulders” above the rest tonight. FT 4-0

After the game I spoke to manager Mick Marsh who remained level-headed over his side's win “I think the key thing tonight for us was to go through the game without us adding to the already growing injury list, especially as they played a physical game, but we took precautions and that allowed some other lads to get an opportunity to play.” 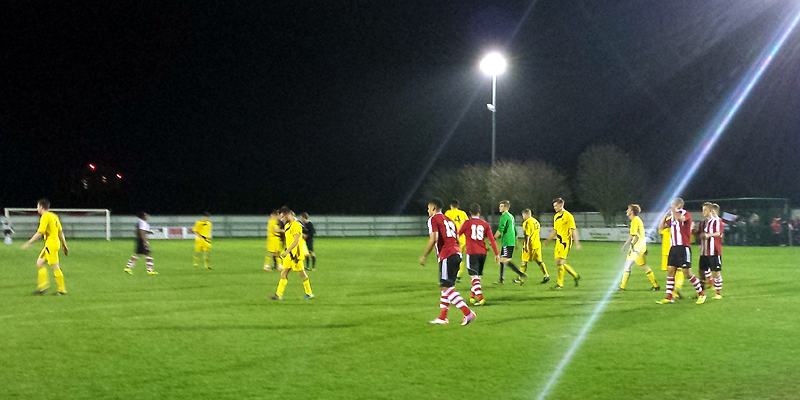